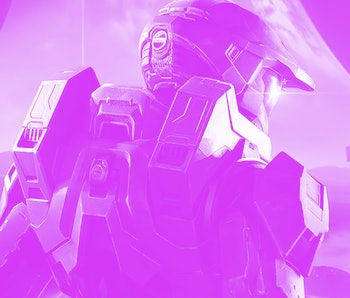 When a new season of a multiplayer game rolls around, you expect certain things, like a new battle pass, a host of cosmetics, and hopefully a new map or two. While Halo Infinite's Season 2 has all that in spades, it also boasts something that nobody could've predicted: a tribute to one of Microsoft's less-successful ventures, Clippy.

As spotted on Twitter by James Shields, not only does Halo Infinite have a Clippy nameplate, you can also affix the iconic paperclip to your favorite gun as a charm. No word yet on if he tries to offer you unhelpful tips as you mow down your opponents.

I hate the ‘90s — For those who don't yet have gray hair, Clippy is the most famous of Microsoft's late great “Office Assistants,” which were included in turn-of-the-century copies of Microsoft Office as a primitive sort of virtual assistant.

Intended to help inexperienced users with basic tasks, Clippy unfortunately garnered quite a reputation as a bothersome nuisance who offered borderline insulting "advice" such as how to properly format a typewritten letter. Thanks for nothing, Clippy.

Clippy was so widely hated that even his creators at Microsoft didn't appreciate him — the codename for the Office Assitant project was TFC, where the C stood for "clown," and the other two for… well, use your imagination.

Living the dream — Clippy has since become a beloved icon of failure, so much so that Microsoft has included parodies of the character in later software and April Fools' Day jokes. Even though I personally experienced harm at the hands of Clippy as a bright-eyed child, it's nice to see that Microsoft and Halo developer 343 have a sense of humor about it.

As for Halo Infinite's Season 2, it includes three new modes, new maps, and all those wonderful cosmetics we just talked about. Hopefully, it offers enough content to keep players happy, as the community has been pretty vocal about a lack of fresh stuff to do in the game over the past few months.