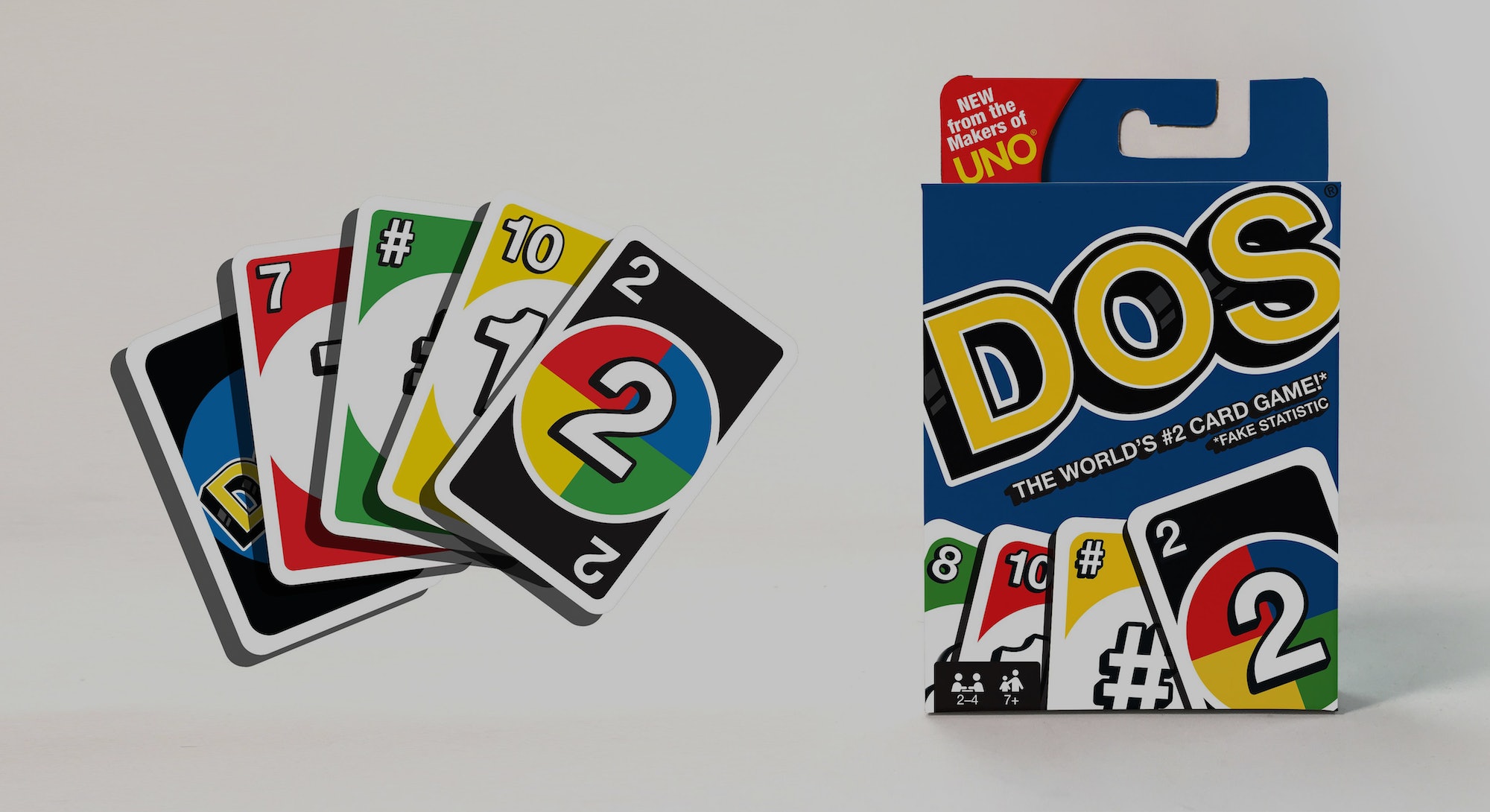 Mattel’s popular card game of number- and color-matching is celebrating 50 years of draw 2s, reverses, and wild cards with a special 50th-anniversary edition of the game and a tournament featuring a $50,000 grand prize, which will culminate in a Las Vegas invitational on November 11.

There’s Nonpartisan UNO, which removes the colors red and blue. There have been waterproof decks like UNO H2O and UNO Splash. You can buy the World’s Smallest UNO or a minimalist UNO, or an UNO that, instead of telling you to pick up, spits cards at you. You can buy UNO on your favorite game console (and there’s DLC, too). There have been customizable cards that spawned endless memes, and reverse cards that spawned even more memes. After so many varieties and alternate ways to play and after 50 years, it’s time to celebrate a worthy challenger. UNO has a sequel called DOS — and it’s a better game.

Introduced in 2017, DOS is a card game that, at first glance, seems not too dissimilar to UNO. Both share the central concept of having a hand of cards, from which you choose cards to play, matching those in the center. Billed as “The World’s #2 Card Game,” DOS takes some elements of UNO gameplay and throws away the rest. Instead of one pile in the center, there are at least two piles, called the center row. Instead of being able to make matches based on colors and numbers, DOS allows players only to make matches based on numbers — if you also match the color, you get a bonus. Instead of shouting “UNO!” when you have one card remaining, you shout “DOS!” when you have two. Cute, right?

One of the more significant changes from UNO to DOS is the number of cards you can play. Number matches can be made with a single card (e.g. playing a red 3 onto a green 3) or with two cards via addition (e.g. playing a blue 4 and a red 1 onto a yellow 5). In standard UNO games, players go around in a circle, playing cards that are the same color or card type as the top card on the pile, one card per turn. In DOS, you could potentially empty a full hand of cards in a single turn. The center row grows with every color bonus and tends to shrink with every turn played. You can no longer predict what your turn will be like, because every pile that gets a match played onto it is swept into the discard pile. (Sorry if this sounds confusing, sometimes it’s easier to watch.)

What all these changes do is create a game that’s more unpredictable, higher-stakes, and that goes at a quicker pace. Instead of just ending rounds and playing again, DOS introduces a point system to make speed and bonuses really count. It pays to finish a round quickly and there are multiple rounds. There’s more strategy involved, because players have to balance the values of a color match versus a double match without a color bonus, the choices of which cards to discard to the center row, and whether it might be better not to play a match at all. And even with the layers of thinking involved, DOS is still a pretty simple game to learn.

In conversation with the Mattel marketing team, I was told, “DOS is in addition to the UNO we all love and does not replace it.” That’s certainly been clear. There haven’t been many variations on DOS released since it came out four years ago. You can buy it in a tin or in a tuck box, or you could buy the waterproof DOS Splash. But that’s it. No branded editions, no alternate ways to play, no custom cards or jackpot machines. Meanwhile, there’s a special edition UNO just for the Spongebob memes!

UNO and DOS have one major difference, and it’s what really makes DOS the better game: DOS is nicer. UNO is a game designed for torturing your friends. Skip their turn. Reverse the order away from them. Make them pick up two cards. Or four cards. Or wildcard them into picking up 25. In UNO, you can only put down one card at a time, and it’s very easy to stop people from doing that. The very game of UNO is mean to you, leaving you to depend purely on luck, as you pick up card after card, filling your hand, very often getting stuck because you just can’t get the right color. Players are encouraged to yell “UNO!” as soon as their friends are down to their last card — it actively stops you from having nice things.

No branded editions, no alternate ways to play, no custom cards or jackpot machines.

DOS doesn’t have any mean cards. You can’t skip anybody’s turn. There are only two ways to make people pick up more cards — yelling “DOS!” before them or getting a double color bonus — and one of them equalizes the picking up, by applying to everyone evenly. Everybody gets to play their turn on their turn. Even if you don’t have a card you can play and have to pick up, the rules allow you to play a card to the center row — at worst, your turn ends by breaking even. The game doesn’t incentivize meanness. Instead, it lets people play and enjoy.

A good game is one that lets its players play it. And have fun. There is a market for games that are hard to beat or mean to their players, but UNO and DOS are designed for a mass audience. There’s no reason for one of the most popular card games to end with everyone at best a little disappointed, at worst fuming. DOS is a game that actually feels good to play. It lets players get the physical rush from a good combo, letting them play multiple cards at once, teeing up the perfect win sequence. It’s not that DOS is a particularly nice game, like it’s only for people who want to be polite — it’s just fun to play, more so than UNO. And it’s not as cruelly vindictive as its older sibling.

So, happy 50th, UNO. You’re not going away any time soon. Keep your draw 2s and your skips. I’ll be over here, enjoying DOS.