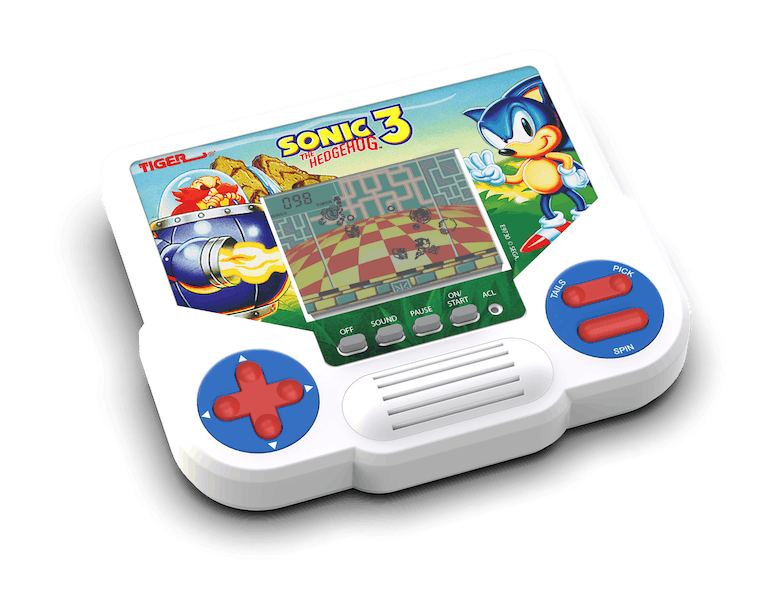 Every now and then, consumers get to see an 80s or 90s LCD revival in the gaming industry. A heavy dose of nostalgia underpins the marketing strategy for these reboots and so far, people seem to dig it. In 2017, Bandai Namco revived the cult favorite Tamagotchi and now Hasbro is relaunching the retro Tiger Electronics LCD handheld. A Hasbro spokesperson confirmed to Input that the relaunch will be available for purchase this fall.

What Hasbro says — "Four versions of the game will be available for purchase this fall for $14.99 including Sonic The Hedgehog 3, Disney’s Little Mermaid, Transformers Generation 2 and Marvel X-Men Project X," Kelly Wade told Input on Wednesday. "Each game will bring gamers and die-hard retro fans back to the 90s with the design and technology created with the original game unit in mind."

Sometimes less is more — Simplicity might be the most attractive feature about the Tiger Electronics LCD handheld. Back when there weren't countless games packed with the most jaw-dropping graphics to pick from, Tiger Electronics focused on a simple formula: one grainy game title per device.

Who is it for? — Reboots of products from the yesteryears are meant from the crowd who once had direct access to these gadgets. In other words, the retro handheld won't sell like hotcakes among the younger lot — who, unlike their older counterparts, have been able access to iPads, Steam, VR headsets, and more since they were babies — but it will probably win the attention — and hearts — of those who grew up in the 80s and 90s. All they'll need for a trip down memory lane is two AA batteries.