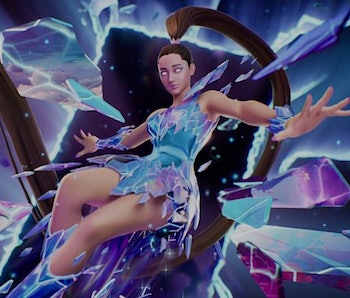 Rift Tour, the concert series being held in Fortnite from August 6 to 8, has officially announced its secret headliner: Ariana Grande. The show, which includes other as-of-yet-unannounced performers, will play five times over the course of three days.

Grande’s inclusion in the Rift Tour won’t come as much of a surprise to Fortnite stans. A sizable mid-July leak gave away a fair amount of information about the Rift Tour including the fact that Grande would be performing. Past leaks — one from the Epic v. Apple trial — claimed Grande and Lady Gaga had been working with the Fortnite team on a concert in 2020, too.

Fortnite already has an enormous player base of more than 350 million, but Grande’s presence in the game is likely to bring in folks who have no idea what Fortnite even is. The good news is the game’s made it super easy to attend, even if you’ve never played before (though it’s definitely a good idea to try logging in ahead of time).

Just log in and go — One of the main reasons Fortnite has such a huge player base is that it’s incredibly easy to get started. The game is available on just about every platform known to man — Windows, macOS, Switch, PlayStation, Xbox, iOS, and Android — and it’s completely free to download. It can be downloaded directly from the Epic Games store on your Mac or PC; you’ll want to head to your console’s respective digital store for downloads there. Make sure you have the v17.30 update.

We’d recommend creating your account and familiarizing yourself with the game interface for a little while before the day you plan to watch the concert. But other than that, watching couldn’t be easier: Just head over to the concert stage on the right side of the island. You can also access it through the Rift Tour Playlist menu.

The show will play through at the following times:

And maybe it’ll go up on YouTube — If you don’t manage to secure a spot at one of the live shows, it’s very possible Fortnite will end up showing it again elsewhere, too. Last year’s immensely successful Travis Scott performance went up on YouTube not long after the live shows.

A number of new in-game goodies will be available starting this week as part of Grande’s collab as well, including the “Ariana Grande outfit” and “Piggy Smallz Back Bling” seen in the above video. Players will also have the chance to unlock a “Cosmic Cuddles Loading Screen,” a “Rift-sterpiece Spray,” and a “Cloudy Kitty Emoticon” between July 29 and August 8 via the Rift Tour tab.