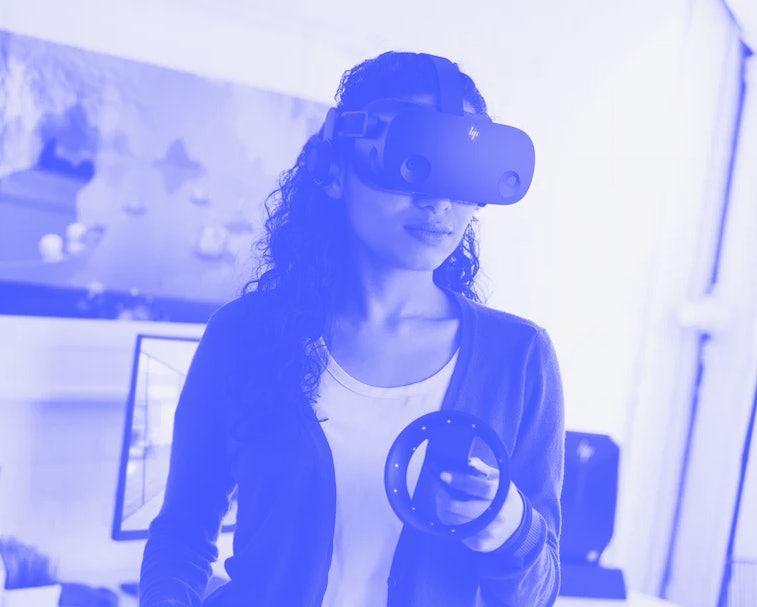 HP has announced a new version of its Reverb virtual reality headset. The Reverb G2 will set you back $599, and for that price, you're getting a high-resolution of 2160 x 2160 pixels per eye, more tracking cameras than the original Reverb, redesigned controllers, as well as upgraded lenses and speakers.

When the Reverb G2 launches sometime in the fall it will be one of the best options for Windows gamers, besides maybe the Valve Index. That company actually contributed to the development of the G2 with its off-ear speaker design, though the G2 has a lower refresh rate than the Index at 90Hz compared to 120Hz. The field of view is also smaller at 114 degrees compared to 130 degrees. The Index costs a steeper $749 with the controllers, however, and the G2 still has a much higher resolution overall, so it's a fair trade-off.

It's all about gaming — While the original Reverb was built with business applications in mind, HP says that the G2 is all about gaming. The company has added new cameras on the sides of the headset to improve tracking, and the controllers have been redesigned to match the Oculus Touch design with two new face buttons on each hand. As you can see below, they basically look identical to the Touch's controllers.

Niche vs. mass-market — Keep in mind that this headset needs to be tethered to a PC, so it's more comparable to the Oculus Rift S than the wireless and standalone Oculus Quest. The Quest is great for most people because it's affordable, easy to use, and wireless (plus, Facebook's said to be working on an even lighter version of it) but a group of hardcore gamers that want the best performance will want the G2 over Facebook's more mass-market Quest headset.

Standalone wireless headsets cannot support the same high-performance on their built-in chipsets that you can get out of the GPU in a high-end gaming PC. Anyone who's used both wireless and tethered VR headsets will tell you the graphics on wireless headsets don't even come close to the tethered experience. Even though tethered headsets seem archaic, there's still a place — and market — for them.

No walled-garden to contend with — The Oculus Rift Store is also a walled garden whereas with the Reverb G2 you can play VR games from any store.

HP hasn't said exactly when the Reverb G2 will be launching but we're definitely excited to check it out when it does.