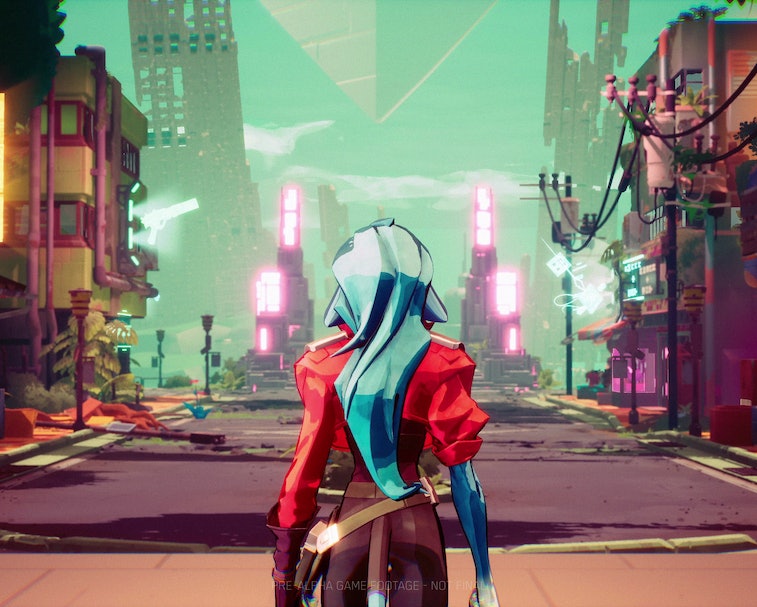 Great indie games don't always get sequels, but it seems that one stunner of yesteryear is finally getting the new entry that we've been waiting for. Developer Heart Machine has unveiled Hyper Light Breaker, which is set in the same universe as Hyper Light Drifter, a top-down action game that was one of the best of 2016. There's a catch, though: it's 3D this time.

While it's tempting to call Hyper Light Breaker a sequel, it seems that Heart Machine views it as more of an unlabeled successor, at least right now. The game's Steam description calls it an "action roguelite adventure from the creators of Hyper Light Drifter," also noting that it's set in "a new land in the world of Hyper Light" called the Overgrowth.

The footage on the store page is pretty impressive — it's clear that Heart Machine has managed to translate the decayed futurepunk aesthetic of the first game into a 3D environment, and the hand-to-hand combat seems impressive, too. However, we'll have to see if it feels as good as it looks. The description also mentions a number of traversal options, including a hoverboard and glider, which sounds particularly promising. Exploring the world of Hyper Light Drifter was arguably the best part of it, so we hope that Breaker can replicate that.

Believe it or not, Breaker will be the third, not the second game in the Hyper Light universe. That's because Heart Machine released the second, Solar Ash, last December. Though it received generally favorable reviews from many critics, it was not received with the same enthusiasm as Drifter. It also released as an Epic Games Store exclusive, so if you don’t pay attention to that platform, you might’ve missed it.

It'll be interesting to see if this new 3D direction will stick the landing. Though there have been a number of unexpected indie sequels over the past few years, Rogue Legacy 2 was one of the more successful ones — though it still has a fraction of the Steam reviews of its predecessor. Sequels to big-time indie games often struggle to replicate the success of the original, but Heart Machine is exactly the kind of studio that can pull it off.