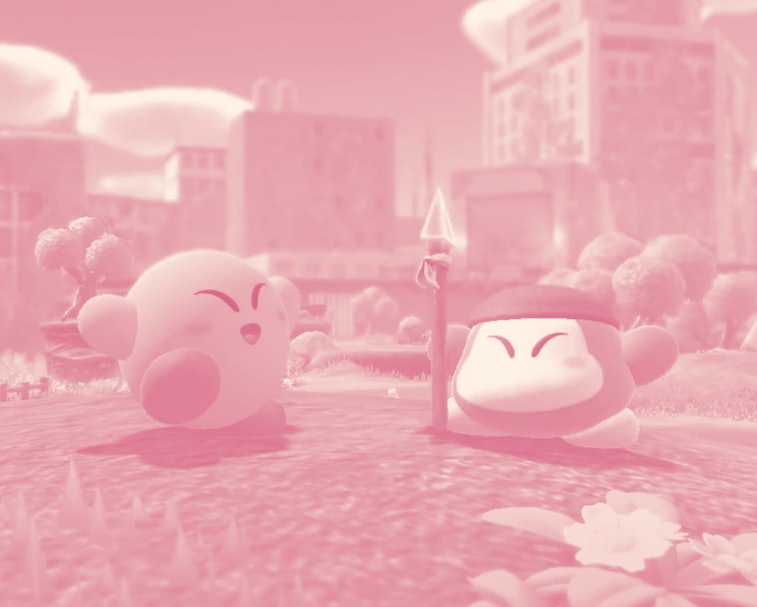 While everybody loves Kirby, he usually belongs to the second-tier of major Nintendo characters, below industry icons like Mario and Link. However, last night, Kirby achieved something that not even your favorite jump-happy Italian plumber can boast — a video game cover band won a Grammy for a song from one of his games.

Arrangers Charlie Rosen and Jake Silverman won the Grammy for their version of Meta Knight's Revenge, which is a song from one of the many campaigns in the classic SNES game Kirby Super Star. You can listen to the 8-Bit Big Band's version of the song below; it's quite upbeat and jazzy, and it would be right at home in Super Mario Odyssey. Indeed, “Meta Knight's Revenge” is one of the better songs from the Kirby franchise, but we all know that “Gourmet Race” is the real GOAT.

Believe it or not, this is a pretty big deal. Not only is Kirby the first Nintendo franchise to win this award — in a sense, at least — this is only the second song from a game to win a Grammy ever. The first was “Baba Yetu” from Civilization IV back in 2011. The first video game soundtrack to be nominated in its entirety was Austin Wintory's iconic Journey OST, though it did not win the award.

Overall, it's fair to say that Kirby has had a fantastic year so far. The latest entry in the series, Kirby and the Forgotten Land, is one of the best-reviewed Kirby games ever, and it's sold quite well to boot. Input’s Matt Wille said that the game was “modern platforming at its best” in our Forgotten Land review. He particularly praised its soft post-apocalypse setting as an unexpected turn for such a happy franchise.