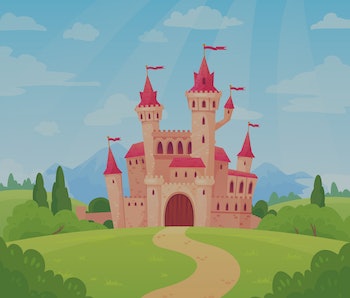 There's a new game out for the PlayStation 1 called Magic Castle, a "roguelite" title where players battle their way through twenty floors of traps and monsters in order to defeat the Evil Warlock. But the story behind the game is arguably the most interesting part — Magic Castle first entered development in 1998 when a team of developers in Japan spent eight months creating a demo to pitch to publishers.

Long time coming — Sony apparently responded well to the demo but asked the developers to work on a different game instead. Nobody else bit either, so Magic Castle got shelved until recently, when one of the original designers found the source code and decided to finish it two decades later. And you thought Cyberpunk 2077 took a long time.

Modern touches — The game offers access to four different classes: Knight, Archer, Wizard, and Fighter, all with different abilities. Various items found along the way like healing potions can help players progress through the game. From what we've seen, it looks like the environment could use some more variety but Magic Castle still looks fun to play. It's sad the project was canceled after all the effort that was put into it, but it's great to see someone was able to bring it to life after all.

Some superb touches have been added to the game in the most recent version, like an on-screen UI that players can move to whichever corner of the screen works best for them. It also includes a weapon wheel you can use to access all your gear without going into a menu.

As you can see in the original pitch below, the game has mostly remained true to form besides the addition of those new, somewhat more modern UI features.

If you want to try the game for yourself, you can download a copy and view instructions on how to run it through an emulator here.