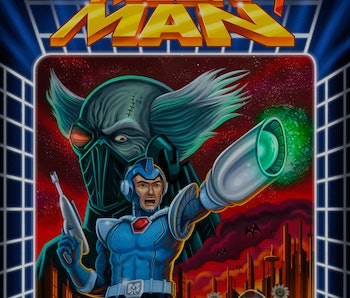 Netflix is diving headfirst into the video game IP pool at the moment. When Castlevania debuted for the streaming giant in 2017, the company was still finding its footing when it came to animated content. But it was a hit, and that series’ successful rollout has seemed to open up the floodgates for content that is based on existing gaming franchises. The next entry into the Netflix catalog will be a live-action adaptation of Mega Man, the Capcom robot-man that has been around since 1987. Given Netflix’s recent track record with live-action, we’ve got some concerns.

Henry Joost and Ariel (Rel) Schulman apparently announced the news through their production company, Supermache’s website. It was reported by IGN that the website read “Features in the works include an adaptation of Capcom’s Mega Man for Chenin Entertainment and Netflix, which they wrote and are directing.”

Checking the website now, it appears the creative duo has taken that information down. For what it’s worth, Netflix itself has not announced the production yet, so this could’ve been a “jump the gun” moment.

Pivot to Gaming— Netflix hasn’t exactly been downplaying its efforts when it comes to a foray into gaming. Then again, as the gaming industry expands it seems logical that an entertainment company would want in on the action. Within the span of a week in September, Netflix quietly released a VR game through Oculus’s App Lab and acquired its first game development studio. Five mobile games were released for the service last month, but I wouldn’t recommend playing them.

Details are especially sparse on the Mega Man adaptation. Who will play the titular blue man? What game will be adapted? All these questions and more will presumably be answered down the line.

Since Castlevania, look at what has followed — Monster Hunter: Legends of The Guild, Dota: Dragon’s Blood, and Resident Evil: Infinite Darkness, all released this year. A lot more are going to follow considering Netflix has the well of IP it needs to leverage content. Whether or not these projects will be memorable or offer an interesting continuation to the source material is another question entirely.