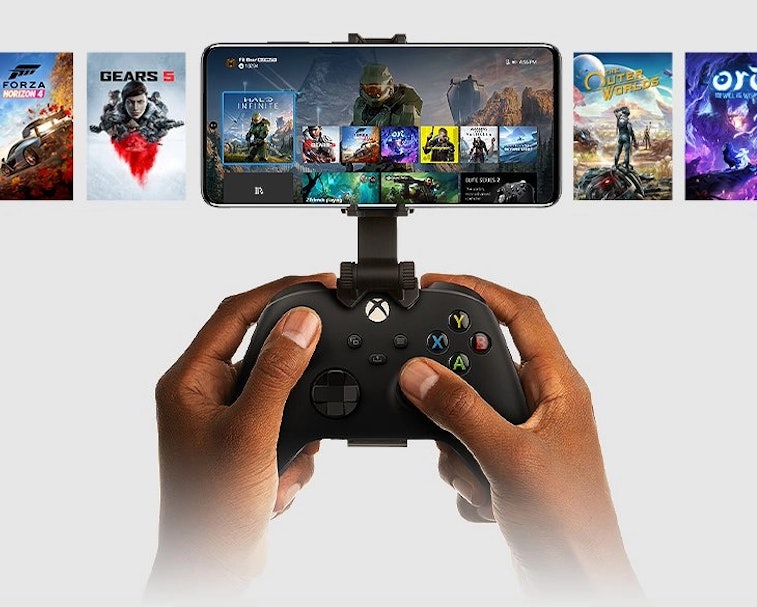 Microsoft has been unable to launch its Game Pass cloud gaming service on iOS because of Apple's convoluted rules for anything submitted to the App Store. But, apparently, streaming games that you've downloaded to your console is fine, because Microsoft is adding support for it in the latest iOS beta of the Xbox app.

Xbox Remote Play, as it's called, lets you access any Xbox One games you've already downloaded to your console, including Game Pass titles. You will technically be communicating directly with your console, so it needs to be powered on and connected to the internet. Because it's early days, it's unclear what performance is like versus streaming games from Microsoft's own servers. Companies including Microsoft, Google, and Amazon are trying to launch game streaming services for their potential to expand the overall market beyond those willing to shell out for an expensive console.

This is all pointless — Apple has told Microsoft that it wants to review every game that's available through Game Pass before it's live, and each game will need its own listing in the App Store. Microsoft says that will create a poor user experience. With this workaround, you just need to take one extra step of downloading the games to your console first.

Apparently Apple thinks that game streaming is different from a TV streaming service like Netflix because gamers expect to see App Store ratings for each game, which a service like Game Pass wouldn't allow for. That feels like a petty reason to lockout an innovative new service — it might really be for revenue-related reasons. Gaming is a lucrative category for Apple due to in-app purchase fees it takes. Since a service like Xbox Remote Play is just streaming games you already own, there's no money to be made there. Steam offers a similar app for streaming PC games on iOS called Link. In both cases you need to have hardware like a console or PC.

Other tricks — Another company, Amazon, managed to bypass the App Store with its new Luna game streaming service by offering it as a web app. That's sort of fine, and Apple may point to that as an example of services being allowed to compete outside the App Store, but it's not a perfect solution because native code will perform better in many cases. Luna's proprietary controller connects directly to Wi-Fi instead of Bluetooth in order to guarantee lower latency and other companies couldn't necessarily afford to launch a cloud service if their games were blocked from the App Store. Also, Amazon will have to ask users to create an icon on their homescreens that links to the Luna website, and web apps can't send push notifications, so it's a less slick experience. New iOS 14 features like widgets aren't supported either.

A coalition of developers including Epic Games, creator of Fortnite, and Spotify have formed a new non-profit organization to push for better terms from Apple, including the ability to offer their apps outside the App Store. They say that Apple's draconian rules harm competition and raise prices for consumers because the standard 15-30 percent App Store tax gets passed along to customers. Alternative app stores might force Apple to compete, but it has become reliant on revenue from App Store fees to power its future growth, so maintaining the status quo is ideal.

Google is facing the same issues with Android, but on that OS at least users can download apps from outside the Play Store.

Other features in the new Xbox app include the ability to quickly record screenshots and game clips and share them with your friends. There's a full list of changes on the Xbox blog.