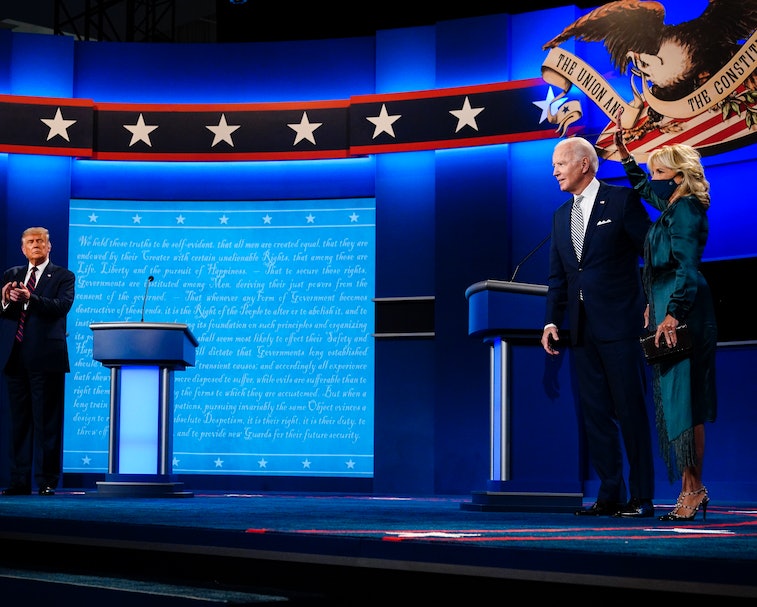 With the presidential election just over a month away, tech companies have been doing their part by spreading the word about the importance of registering to vote, and then actually voting. Microsoft is the latest to use its platform towards this goal — this week the company started pushing for voter registration on the Xbox.

The Xbox One dashboard now includes a link titled “Register to vote” that leads users to the “I am a voter” campaign. The link is given prime real estate on the dashboard — it’s displayed front and center for maximum visibility.

Tech companies have shown impressive success with online voter drives this year — Facebook, most notably, says it’s driven something like 2.5 million people to register to vote this year alone. Though Xbox’s campaign is a little less pushy than others we’ve seen, it’s likely to push at least a few people to register. And every little bit counts, at this point.

Making it simple — These corporate-sponsored voting drives are working because they’re very visible and because they simplify a process that can be daunting for first-time voters. It turns out people are much more likely to register to vote when the option is shoved in their faces — and when it’s as easy to do so as signing up for a Game Pass subscription.

To this end, Microsoft has set up a custom landing page in collaboration with Turbo Vote, a nonprofit that’s helped register more than 7 million voters since its inception in 2012. The internet makes almost everything easier, as long as someone’s made a sleek website for it.

This actually seems to be working — Voter registration is being pushed at us from all angles. If you’ve opened a social media app lately, you’ve probably been asked to check your registration. Twitter launched a full election hub last month to help people navigate the voting process; TikTok created an election guide this week toward a similar goal.

Tech companies aren’t the only ones getting in on this momentum: the influencers have found a comfortable niche there, too. David Dobrik — a ludicrously popular influencer across a variety of platforms — is attempting to spread voter registration awareness by running a raffle to give away five Teslas. Whatever works.

Microsoft is the first company we’ve seen to take this drive to a videogame platform. It’s unlikely the Xbox will see millions of registrations in the way Facebook has, but convincing even a handful of gamers to complete their voter registration is a valiant effort. Now the real trick: getting them to cast an actual vote.