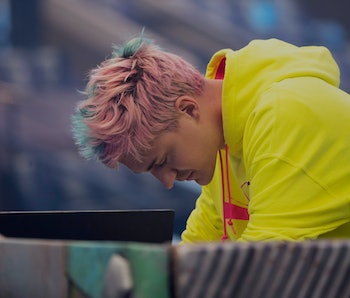 On Monday, Microsoft’s live streaming service Mixer suddenly announced it would no longer exist after July 22. Microsoft is throwing its weight behind Facebook Gaming in a bid to create a more serious competitor to YouTube Gaming and Twitch. Mixer Partners and streamers are promised seamless status transfers and will receive double payments in their final month.

30-day notice — The shuttering of Mixer largely feels like a renovation eviction notice for its talent. Partnered streamers told Wired the announcement was the first time they were hearing anything about the transition to Facebook Gaming. They now have some padded checks to cushion the blow and a month to decide where they go next — which might not be so obvious.

Partnered streamers will get doubled payouts for July, but subscriptions won’t auto-renew on July 1. Subscribers are encouraged to subscribe during the final three weeks and offload Embers and Sparks to support their favorite streamers. Since the subscription won’t cover a full month, July subscribers will receive Xbox gift cards, depending on their tier or Ember balance.

Next steps — While Partners might be more incentivized to move to Facebook Gaming, they’re now contract-free. Any Mixer streamer could completely jump ship to Twitch or YouTube Gaming. At the end of 2019, Mixer and Facebook Gaming had snapped up three percent of the market share apiece, but Wired reports April numbers for the services gave Facebook a significant, eightfold lead in terms of hours watched.

If Microsoft successfully woos its streamers over to Facebook and rapid growth continues, the joint effort could get Facebook Gaming in double-digit market share territory. It’s also entirely possible that this sudden move could sour streamers toward Facebook, which already lacks a sterling reputation overall.

Making Twitch twitch — Beyond market share, the move better positions Microsoft’s xCloud game streaming service to take on Google Stadia, according to The Verge. While everyone’s playing catchup to Twitch, YouTube Gaming has the best foothold in a distant second place and the raw potential of Stadia lurking in the background. Facebook already made its interest in cloud gaming clear, so working with Microsoft to leapfrog Google on the technology front could make its platform something Twitch actually starts worrying about.