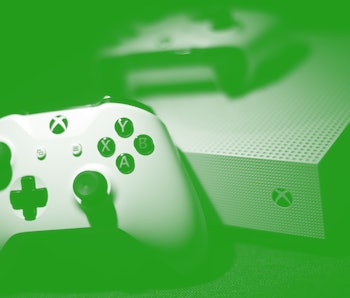 Microsoft's updated Xbox app has gone live for the iPhone and iPad. The most notable change is the addition of Remote Play, which allows users to stream games from their Xbox One consoles to an iOS device. It's the closest thing to xCloud game streaming that we're likely to get on iOS considering the tough rules that Apple has imposed for such services.

Xbox anywhere — Remote Play is pretty straightforward. When you fire up the Xbox app on your iOS device it will remotely take over your Xbox console at home and allow you to interface with it from anywhere. That means if your parents force you to go outside and get some fresh air, the joke will be on them. When you close the app, your Xbox will wait a short period before shutting down.

Remote Play supports Xbox One and Xbox Series X / S games, but games for the Xbox 360 and original Xbox cannot be streamed. Microsoft says that gamers can use Remote Play over Wi-Fi or cellular, meaning that 5G will come in handy... if you can find coverage.

Testers of the beta app have reported that Remote Play works reasonably well with minimal lag and good picture quality, though some artifacts might appear in the video. For a fast-paced battle-royale game like Fortnite where milliseconds matter, streaming might not be ideal. Results will really depend on the strength of your home internet connection and the signal where you're connecting from.

Apple's platform power — Apple has come under a lot of fire for blocking game streaming services because critics say it's yet another example of the company preventing innovative ideas from succeeding while giving its own services preferential treatment. Game streaming has the potential to open up the gaming market to many more people who might not own a console.

Some believe Apple is blocking game streaming out of self-interest because it might not be able to collect subscription revenue from those services. Gaming is one of the most lucrative sources of revenue in the App Store, and Apple has become increasingly reliant on services revenue for its growth.

Developers and companies including Epic Games and Spotify have pushed for better terms from Apple, or the ability to create independent app stores for iOS. As it stands, developers must comply with Apple's rules or be locked out of iOS altogether. With the Department of Justice having officially filed an anti-competitive suit against Google today over its control of the search engine market, Apple could be the next target.