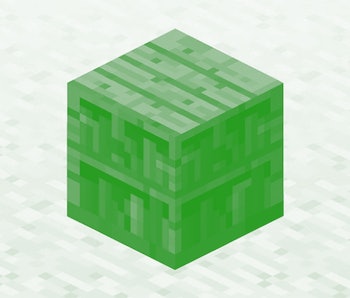 It may come as a surprise but not every brand is hopping on the NFT bandwagon. Minecraft, the immensely popular sandbox platform from Mojang Studios, published a statement clarifying its stance on the web3 technology. Without giving too much away, the clarification did not pull any punches.

Almost immediately Mojang makes it clear that in-game NFT collections — ones purchased and certified on a blockchain ledger, thereby creating a scarce asset to be bought, sold, and ultimately speculated over — will not be introduced to the game’s ecosystem.

As noted in the statement, in-game NFTs that serve as a digital asset, NFT collections that allow the owner to earn additional, digital art pieces through the completion of specific activities, or NFT rewards for doing things outside of Minecraft itself, “are generally not something we [Minecraft] will support or allow.”

What’s the reason? — In-game NFTs capture the least appealing aspects of the way the game industry seems to be heading — namely the addition of a pay-to-play model, or a limited experience for those that aren’t willing to fork over real money.

The long-term issue with pay-to-play or NFT integration, as seen from Minecraft’s perspective, is that it defeats the overarching purpose of its platform: actually enjoying the game.

If players were able to purchase digital collectibles, Mojang says, it separates the user base into “haves and the have-nots,” effectively turning what is supposed to be a hobby into an opportunity for “speculative pricing and investment mentalities.”

In one particularly telling section of its post, Mojang Studios even gives a nod to the (increasingly common) potential for NFT scams:

“There have also been instances where NFTs were sold at artificially or fraudulently inflated prices. We recognize that creation inside our game has intrinsic value, and we strive to provide a marketplace where those values can be recognized."

Given its stance, the game notes that blockchain technologies “are not permitted to be integrated inside our Minecraft client and server applications nor may they be utilized to create NFTs.”

As many brands continue to go all in on the web3 future — leaving much to be desired — not every company is willing to risk the plunge. Mainstays like Fortnite, while warm to the idea of a metaverse, have been prickly to the idea of allowing NFTs into the game experience.

Likewise, Mojang seems to understand that when it comes to the wild west of web3, it has a lot more to lose than gain from letting NFTs roam free.