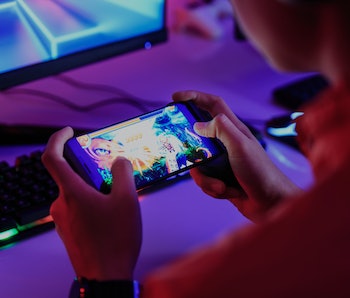 Netflix has added two mobile games to its Android app in Poland. They come as the streaming giant recently expressed interest in expanding into gaming as it competes for people’s time with other streaming services, like YouTube, and free-to-play games like Fortnite.

The two games that have been added to the Netflix app are Stranger Things: 1984 and Stranger Things 3, both titles which were released several years ago to coincide with new seasons of the hit show. They are free to play for Netflix subscribers, there are no ads, and they won’t include in-game purchases. The company says games will be included with subscriptions in the same way that Netflix has begun creating its own original shows and included them in the same membership.

Cautionary tale — Whether Netflix will be able to compete with giants in gaming like Epic Games and Microsoft is a big question. Gaming is an expensive business, as new releases can take years and millions of dollars to produce, and there’s no guarantee they’ll be a success on the other side.

Amazon has tried for years to release its own games only to fall on its face with its first title, Crucible, which was pilloried so badly by critics that it was pulled off the market after just one month. Another game based on the TV series The Grand Tour flopped so badly that Amazon buried it a year after release. Google, meanwhile, closed its Stadia Studio before it had even released anything.

Netflix will also have to contend with limits on iOS, where Apple does not allow alternative app stores. It’s unclear how the company might overcome that obstacle.

Still, mobile gaming is a $15 billion market in the U.S. alone, and mobile games are particularly popular with women. So going the casual route, rather than trying to make serious blockbuster hits, could prove fruitful. Netflix has repeatedly said that its biggest threat is people spending time elsewhere. If it keeps people in its app, Netflix could stay ahead of the competition at all times.