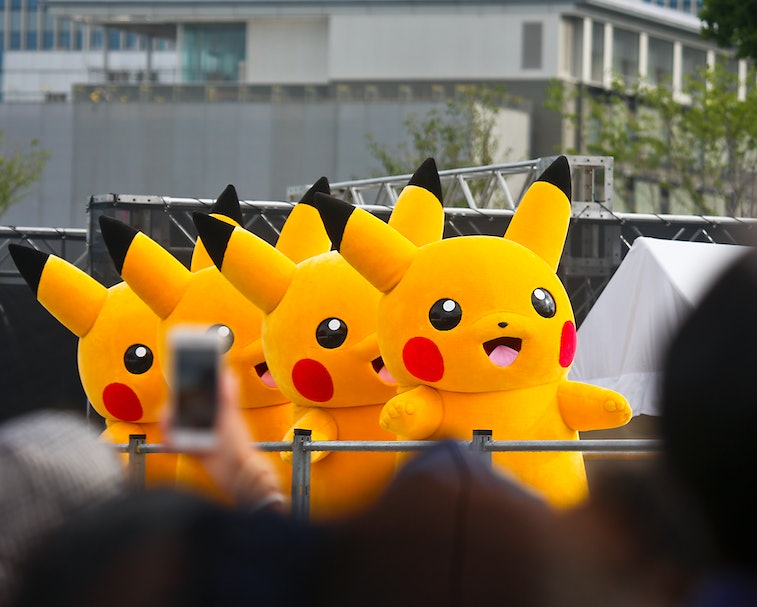 New Pokémon Snap is the much-needed sequel to the similarly named (minus the New) N64 cult classic from 1999, and it's almost ready to go live. Come April 30, you'll be able grab the game for the Nintendo Switch.

If you're familiar with Pokémon, you probably already know about Photodex. The idea behind this particular edition is that you, as a player, can pretend to be a photographer traveling through Lentil. And this is where Nintendo will have a chance to impress gamers with its graphics and animation. After all, Lentil is supposed to be a breathtaking region where all kinds of Pokémon live and claim territory. Some stick to the ground while others fly.

Through New Pokémon Snap, you can interact with these creatures through all kinds of actions. You can throw fruit their way, take a picture, watch them eat, and other activities. In fact, one way to build up your Photodex is by luring a Pokémon into a spot with fruit. It's part photographic expedition and part leisurely stroll. Either way, we think that people will love it.

Take a peek — On Twitter, the official account for Pokemon shared a sneak peek into the forthcoming addition to the Pokémon universe.

Navigation in the game shouldn't be an issue as New Pokémon Snap features an auto-driving ride going through Lentil. Your job is to grab snaps of the area and, depending on how good your skills are, you'll be awarded with points. You'll also get the chance to interact with Professor Mirror and Rita — his sidekick and assistant — to better understand Lentil, its ecosystem, and how to take better photos.

Why 2021? — This year is a big deal for Pokémon: 2021 is the series' 25th anniversary. And it plans to celebrate the milestone enthusiastically.

In fact, as Eurogamer reports, there are plans to hire Katy Perry for a "star-studded" performance this year as it celebrates more than two decades of the franchise. The early days of 2021 might have sucked on other fronts — riots in Congress, major social media platforms habitually failing to rein in incendiary content, influencers not giving a damn about the pandemic — but Pokémon is giving us something to look forward to, and we'll gladly take it.