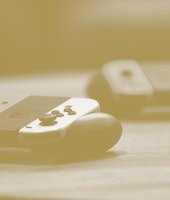 How much a single Joy-Con will cost starting Nov. 9.

Nintendo has announced it's dropping the price of its Joy-Con controllers for the Switch to $40 starting November 9, down from the current price of $50. The pricing only affects individual Joy-Con packs, not the two-packs, which will continue to cost $80. In case you're not a mathematician, a two-pack will now cost the same as buying two controllers separately.

The move may be intended as an olive branch to Switch owners who've complained about the Joy-Con's proneness to breaking. "Joy-Con drift," as it's called, is when the thumbsticks start registering in-game movements even though the player hasn't touched them. And it's very annoying, as replies to Nintendo's announcement indicate.

Under the company's tweet about the price drop, the sentiment has been less than positive. The top responses include one Twitter user asking, "Can I pay extra to get them without drift?" Another commented, "wow 40 bucks for a controller that doesn't work." So overall, not a great reception.

Thanks but no thanks — Nintendo is facing a lawsuit in the U.S. over the problem, and has even apologized to gamers about controller issues without directly acknowledging the existence of the specific drifting problem. It offers free repairs, but that's not ideal because gamers must mail their controllers back to the company and wait for them to be returned.

Nintendo has suggested that it's working on improving its controllers. Acknowledging a defect and issuing a recall would likely be quite expensive considering that the company has sold more than 61 million Switch consoles and countless more controllers individually. It managed to push the lawsuit to private arbitration, meaning it will settle with a much smaller number of defendants and the outcome will remain private.