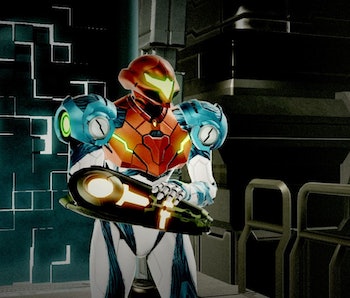 It’s pretty funny to reflect now on Nintendo’s position heading into the release of the Switch. Coming off the disaster that was the Wii-U, it was important to sell console units — and boy did the Switch deliver. Although Sony’s PS5 just recently ended a 33-month reign atop U.S. monthly hardware sales, Nintendo’s dominion continues to be inevitable. For the second year in a row, Switch games are the first ones off the board in Amazon’s best sellers list.

Amazon keeps an annual list of the best-sellers within a number of categories that is updated daily. It’s like a real-time, jumbotron scoreboard for the platform. Within the video game category, the first, actual game that comes up is Super Mario 3D World + Bowser’s Fury.

Here’s a full list of the top 20 best-selling games on Amazon:

Same Story, Different Year — Despite a full year of Sony and Microsoft releases for the PS5 and Xbox Series X respectively, Nintendo continued to dominate the charts. Some of the titles, like Animal Crossing and Mario Kart 8 Deluxe have been out for at least a year now. The first non-Nintendo game on the list doesn’t occur until 20 spots in, with NBA 2K22 (PS4) landing at 21.

Worth noting is that games for other systems are available on a number of other platforms, like the Playstation and Xbox digital storefronts, as well as Steam, so this chart doesn’t reflect what games are the most played, necessarily.

Still, the Nintendo brand is stronger than ever right now and last year’s results were largely the same.