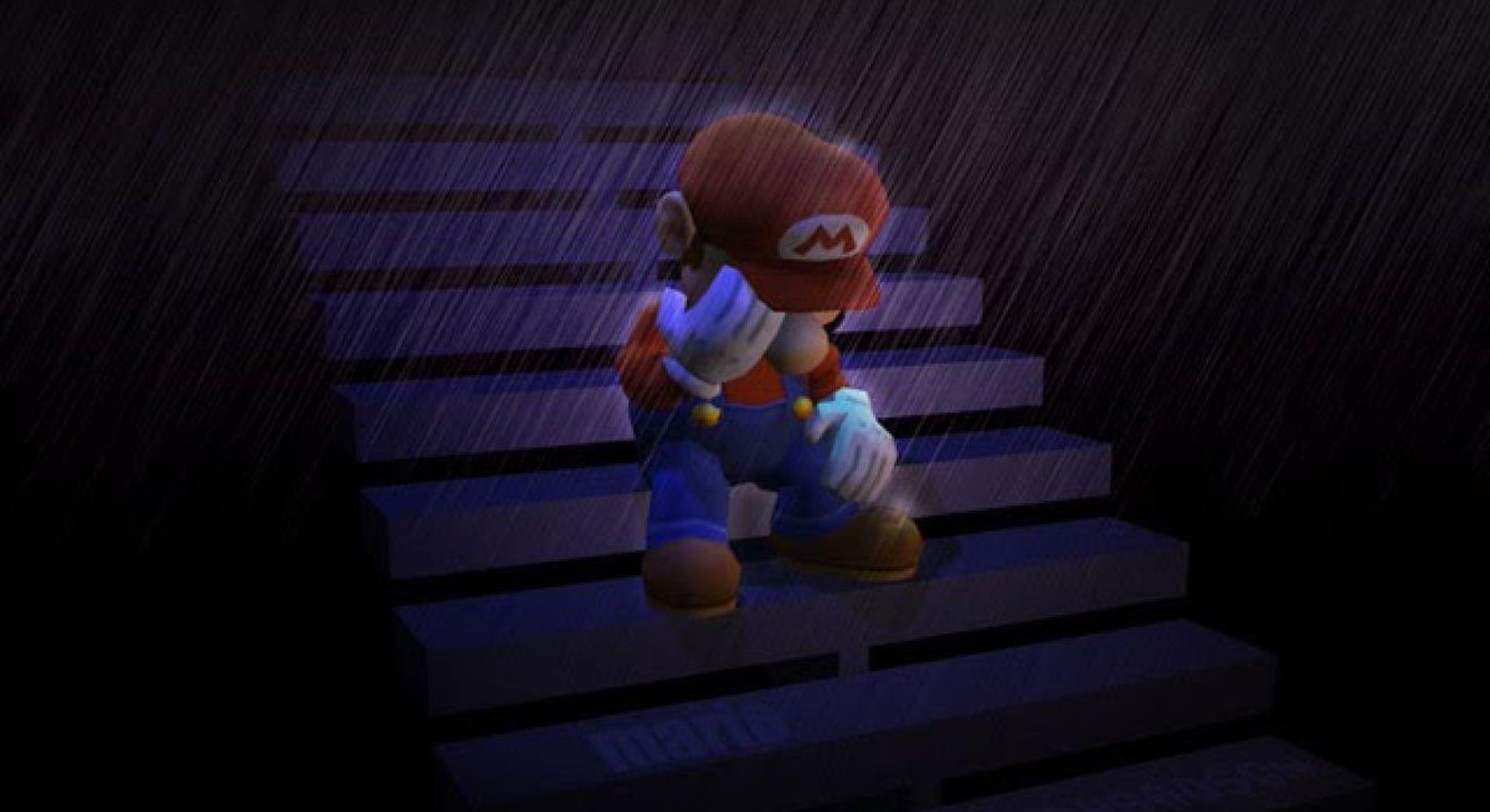 We all have fond feelings for Nintendo, but the company’s relationship with its fans has been on a slow downward spiral as of late. In 2020, despite booming fan culture, Nintendo has kept its most vocal customers at arm's length through legal maneuvers and an army of PR people.

This is counter to how most pop-media companies operate. In the 2000s, Disney launched its enormously successful Disney Princess brand amid slumping merchandise sales. The idea to lump all of the companies Princesses under one umbrella brand sprung not from an overpaid marketing firm, but from newly installed Consumer Products chairman Andy Mooney after he saw hundreds of young girls in fan-made princess costumes at a “Disney On Ice” performance. “If your fans seem to want Princess costumes so badly they’ll make their own, why not meet them where they’re at?” The result turned the Consumer Products Division around completely.

Fan-made DIY culture has only grown in reach and scale since then. There is an entire movement of adults dressing in Disney-inspired fashion called "Disney Bounding." Etsy is saturated with unofficial Baby Yoda, sorry, Grogu, dolls and bespoke princess costumes for people who want a more carefully crafted costume for themselves or their child. Their existence has not interrupted the success of The Mandalorian or the official Disney Princess brand. Granted, some of these toys do need to tow a line, but Disney has not cracked down on their actual sale, just of those that are a bit too frivolous with various trademarks. With Frozen 2, Disney's most valuable princesses helped it break a $10 billion box office record in 2019.

Nintendo’s fandom is rooted with long running DIY aspects — from players who organize massive tournaments without the company’s support, to hundreds of artists making custom Joy-Con shells for the Nintendo Switch. A different company would embrace all this passion and likely find a way to monetize it. Instead, Nintendo time and again will lash back against fans who cross its own moving, invisible line. This year the company has pushed these tensions to a boiling point, leaving some fans wondering if Nintendo is even capable of seeing their passionate, creative fan base as anything but a threat to their control.

Hostility with the Melee community

The Super Smash Bros. community is no stranger to this strained relationship, specifically the long running and vibrant Super Smash Bros. Melee community. At the risk of oversimplifying, Melee has a special place among fighting games — even other games in the Smash Bros. franchise. Because of specific mechanics and character balances, Melee has remained a beloved staple in the unofficial fighting game community for nearly 20 years via a devoted fan base continually challenging its members to get better at a game that runs on a console weaker than most phones.

To make sure players could participate in a Melee tournament safely, long running tournament The Big House opted to host their 2020 competition remotely. But, of course, Melee can only be played legally in person, on local hardware. Because this would be wildly unsafe during a global pandemic, TBH opted to use a program called Slippi to host their 2020 tournament, which can only run using a ripped copy of Melee to enable remote play. Nintendo was, of course, swift to strike it down with a cease and desist order. They trotted out the expected defense of protecting their IP and copyright to justify the action, which misses the point. The company also cancelled an official Splatoon 2 tournament after players in that community voiced support for The Big House.

This incident is just the culmination of Nintendo’s complete disregard and even harm to the Melee community, preferring to support the most recent version of the game, Super Smash Bros. Ultimate. Official support is monumental in e-sports, as it drives lots of the money and incentive to maintain excitement for a game. Unlike most e-sports, professional and amateur Melee are almost entirely grassroots, making its resilience all the more impressive.

“This is a unique level of long-running enthusiasm enjoyed by almost no game.”

This is a unique level of long-running enthusiasm enjoyed by almost no game. Counter-Strike: Global Offensive comes to mind (eight years old) as well as popular MOBA games like League of Legends (eleven years old) and DOTA 2 (seven years old), but most of these require constant updates to maintain player interest and all are made by developers who embrace professional players. Melee is the same today as when it launched — and people are still finding new and unique ways to dominate at the game.

There has never been a “Melee: Remastered” or even a port to newer consoles to support online play. If you want to play Melee legally, your only option is to get a Nintendo GameCube disc, rip it to play on a legal emulator like Dolphin or to literally put it into an old GameCube or Wii. The latter is how every Melee tournament in history has run until 2020.

Nintendo seemingly has a philosophical refusal to embrace its own fandom, a lack of understanding why people insist on playing a 20-year old game, or a grasp on how any of this makes their brand stronger, not weaker. Melee was the first Nintendo game I ever became obsessed with and it sparked a passion that carried on for years which, in turn, prompted me to buy Smash Ultimate. The existence of the professional Melee community in no way harms professional Smash Ultimate players. Due to the core mechanics of each game differing quite drastically, they’re fundamentally two different e-sports. They can co-exist — and in fact help each other.

This just scratches the surface and doesn’t even begin to cover the company’s long-strained relationship with the wider creator community. For years, the company refused to let YouTubers monetize videos featuring the company’s content unless they were admitted into their "partner program" and shared their revenue with Nintendo, a policy that was finally ended in 2018.

However, Nintendo will still strike back against the creators it does partner with who break a very specific mold. Popular creator Wood Hawker of the YouTube channel BeatEmUps was recently removed from Nintendo’s Ambassador Program (distinct from the Partner Program) with no reason given. Fans of Hawker speculated it was because of a video he made showcasing a number of popular mods made for the unofficial PC version of The Legend of Zelda: Breath of the Wild, but no confirmation has been given to support this.

However, it would not be out of character for the company and again showcases a complete lack of understanding of why something like PC mod showcases are good for a game. Mods of The Elder Scrolls V: Skyrim helped keep the game in the zeitgeist for years, even just from the pure hilarity irreverent creations of fans could showcase. While they were in murky legal waters as well, publisher Bethesda took a mostly hands-off approach to Skyrim modding, since it kept Skyrim in public consciousness. Nintendo is well within its legal rights to discourage and take down videos that showcase mods — or even to stop working with creators who make videos about the topic — but doing so ignores the fact that mods are part of the reason that people are still talking about Breath of the Wild more than three years after its release. All of this awareness can only help sell the company’s forthcoming sequel.

It’s hard to find another publisher that takes an approach this mercurial to grassroots enthusiasm. Nintendo lets its biggest fans showcase gameplay online now, but only in the most specific way possible. Stray from their rules just a bit and they’ll cut off all ties.

[Ed. note: Trigger warning for suicide and self harm.]

Earlier this month, fan collective “Joycon Boyz'' — run by artist CptnAlex and founded in the memory of creator Etika after his tragic death — was sent a cease and desist from Nintendo to stop selling their “Etikons” Joycon shells. The product raised over $36,000 on Indiegogo, with sales of the shells going towards the JED Foundation to support the mental health of teens and young adults. Nintendo’s specific issue was that the shells had the word “Joycon” printed on them, resulting in a violation of the company’s trademark.

This yet another situation where Nintendo was well within its legal rights — but took the wrong path in regards to common ethics and, hell, sheer PR. While this situation is aesthetically similar to how Sony recently shut down a company trying to sell colorful PS5 side-panels, the key difference is that Etikons were made entirely to raise money for a charity. CustomizeMyPlates sought to sell unofficial side-panels for profit. Regardless of context, Nintendo’s lawyers seize on any potential violation of their copyrights and trademarks with little exception. From entirely fan-made non-profit “remakes” of classic games to putting the name of your fan community on pieces of plastic, Nintendo seeks to shut down any expression of fandom that doesn’t carry its official license or follow its rules.

Online fandom has always been an area of legal limbo. Technically speaking, game publishers could take down every single “let’s play” video on YouTube if they so wished. The reason they don’t, however, is that they acknowledge the obvious benefit such enthusiasm provides to newly released games. I’m sure Square Enix would love it if people were making funny mod-compilations of Marvel’s Avengers — because anything would be better than the reality of nobody playing it at all.

“Long-term, will this lead to a weaker fandom?”

Nintendo’s mindset is massively disheartening to its long suffering fan base. Their franchises and characters are arguably the most beloved in gaming history, their output of games continues to be stellar, and the Switch was easily the best selling console of 2020. Nintendo’s reluctance to embrace the true identities and expressions of its fandom is unlikely to harm sales or its bottom line in the short term — but punishing their most prominent and vocal customers for supporting the company does nothing but reinforce the idea that Nintendo products aren't for "real" gamers.

We've never watched a generation come up with all the tools of self-expression that the internet has enabled. Long-term, will this lead to a weaker fandom? Will making discussion and celebration of its products functionally illegal decrease the staying power of Nintendo games? Perhaps — but maybe that’s exactly what they want. They have a new DLC to sell, after all.