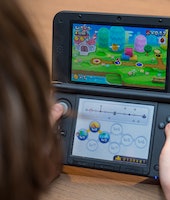 The 3DS, Nintendo’s last line of fully handheld gaming hardware, has been discontinued. Every model of the popular handheld has been listed as “out of production” on Nintendo’s Japanese website. The much-beloved gaming system was first introduced in 2011 and included Nintendo’s first truly successful stereoscopic 3D screen.

“The manufacturing of the Nintendo 3DS family of systems has ended,” Nintendo writes on the 3DS landing page.

The company’s U.S. site seems to have removed all mention of the 3DS range — the only sections available now pertain to the Nintendo Switch, The Verge notes. The only way you can tell the handheld ever existed is on Nintendo’s support page, where there is a lone link for the 3DS line.

The move comes not long after Nintendo discontinued the Wii U and 3DS eShops in much of the world. It’s been clear for a while now that Nintendo would be firmly focusing its future efforts on the Switch, which covers both the handheld and home console markets for the gaming giant in a single device. The cheaper Switch Lite, meanwhile, does handheld-only duty.

Still, though, quietly scrubbing all mention of the 3DS in the middle of the night is a strange way for Nintendo to end the popular device’s life. It's gone but we'll never forget it.

Not the most popular kid — The 3DS was never quite as ubiquitous as some of Nintendo’s other consoles, but it still did very well. Nintendo sold an impressive 75 million devices in the 3DS line over the console’s lifetime.

Of course, that does stand in stark contrast to the 3DS’s predecessor. The Nintendo DS line sold more than twice what the 3DS did — 154 million units in its production lifetime.

But still important — The 3DS did serve a purpose, though — it helped sustain Nintendo through the Wii U era. The 3DS kept game sales up for Nintendo even when its flagship console faltered.

The Wii U constitutes what those in the industry call a “major flop.” With its chunky, low-battery GamePad (which we can now see was clearly a Switch predecessor) and clunky UI, the Wii U just never took off. It sold all of 13 million units in its five years of production.

Focus, focus, focus — Nintendo has once again hit its stride, though. The company is doing very well with the Switch. The original console and the Switch Lite have sold more than 61 million units combined since the original Switch was introduced in 2017. New entries in popular series like Animal Crossing, Pokemon, and Paper Mario have kept the console in high demand. Nintendo has reportedly increased its net profits by more than 500 percent this year alone.

With the discontinuation of the 3DS, Nintendo is now free of prior commitments. The company can continue to focus its efforts on what’s doing well while leaving the 3DS firmly in the 2010s. The 3DS family will indeed be missed, but it was all but inevitable.

More like this
Steven Wright
5 hours ago
Chunk by chunk
Saudi Arabia buys 5% of Nintendo, because why not
Will Gendron
5.12.2022 12:15 AM
Indie love
Nintendo’s latest Indie World showcase paraded the small but mighty
Steven Wright
15 hours ago
Old souls
These are the 10 most-played games this year (and Elden Ring isn’t one)