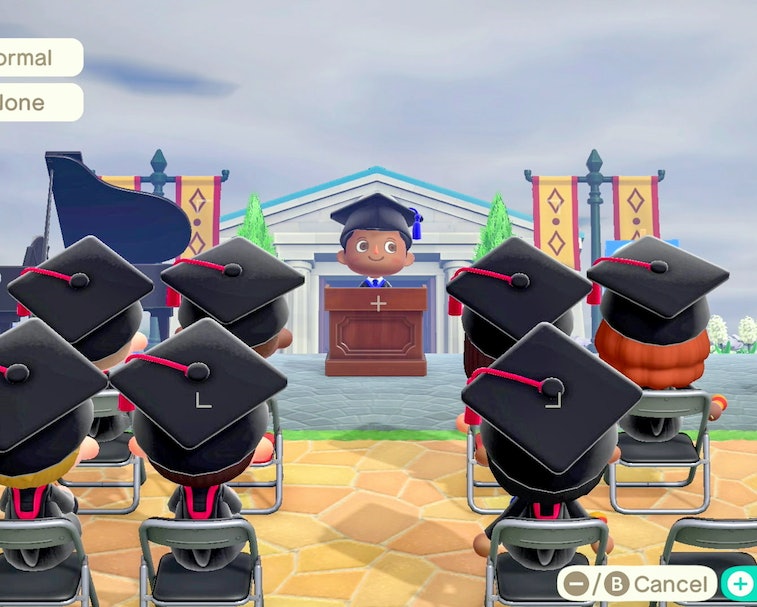 One of the most entertaining features of Animal Crossing: New Horizons is that you can flaunt your virtual oasis to others. Whether it's your island’s garden, the interior decor of your home or, your little island is a reflection of your taste. To help make it easier to show off your work, Nintendo has announced a new Island Tour Creator feature, which lets ACNH users create and share promotional trailers and posters of their islands.

This is a limited-time offer from Nintendo; the Island Tour Creator feature is live until December 31, 2021. But it gives ACNH gamers enough time to spruce up their digital sanctuaries and it might even entice the celebrity ACNH crowd — like musicians, artists, fashion designers, and others — to use the Island Tour Creator as a way to promote their own brands.

The only way to access the Island Tour Creator is through your smartphone, and you’ll need a Nintendo account, of course. The feature is not available on desktops and there is no app for it. If you try accessing it through a desktop or laptop browser, the tour creator will direct you to use your phone and scan an on-screen QR code.

Show us your dream island — The timing of this promotional feature is perfect considering that ACNH will launch its Sanrio collaboration with Amiibo cards on March 26. You can grab a pack for $5.99 at Target. You can expect to see highly detailed island tours with a hearty dose of Hello Kitty, Keroppi, Little Twin Stars, and Pompompurin themes in a few weeks.

Expect some hiccups — Some users have complained that the creation process isn't exactly smooth. Twitter users have responded to the official ACNH's account with examples of their island names getting blocked. It looks like you won't be able to enter your island name in the tour Creator unless you remove all spaces between words, for instance.

On top of that, users can only use screenshots or clips that they took on their Nintendo Switch to promote their little havens. So, if you post a screenshot from any non-Switch source, including social networks like Facebook and Twitter, the Island Tour Creator will reject it.

It’s likely the blocking of these non-Switch screenshots is to keep the Island Tour Creator safe for everyone. Nintendo also warns, “Please note that any screenshots or videos of the Nintendo Switch system's screen taken with a camera or any that have been altered via editing software cannot be used.” Which is fair enough.