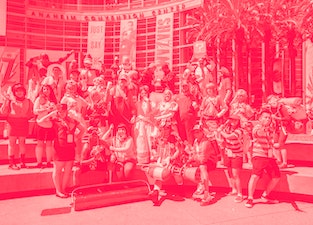 The amount, in RMB, that the Nintendo Switch sells for in China.

If you live in China, the Nintendo Switch can finally be yours. Although it’s launching with just one first party game (Super Smash Bros.) 50,000 units of the console have been sold on launch day according to sales tracking firm Niko Partners — an auspicious start.

A censorship logjam — Though a small amount of other games are on their way toward release, the initial game selection is uninspiring largely due to a change in the way gaming regulators evaluate software. In March of 2018, Chinese officials stopped approving monetization of titles due to growing concern in the country over violent content and fears of addiction. In February of this year, it was revealed that the change in policy had created a backlog of thousands of unreviewed games — which new Switch owners are feeling the afterburn on.

The hacking factor? — One reason for the outsized bump in sales might be the Switch’s innate hackability. The Chinese market is no stranger to IP theft but without a reliable solution to emulate current Switch games, Chinese players require physical consoles to play the latest release. There’s a dedicated community of hackers who have hacked a variety of production models and will likely eventually crack any console or software update Nintendo releases (as has been seen on the Wii, Wii U, 3DS, and Sony’s PS4 and Vita). Game piracy websites are loaded with titles and DLC consumers can download and install on jailbroken consoles, leaving the gates wide open for releases no matter Chinese government’s opinion of them.

A new dawn — Whatever the current market for official software releases, this is still progress for Nintendo in the region – an enormous market for any company to gain entry to. If Nintendo can get more games into the country and price them affordably, there’s still a pretty penny to be made on Chinese consumers seeking convenience and the novelty of physical game cartridges.