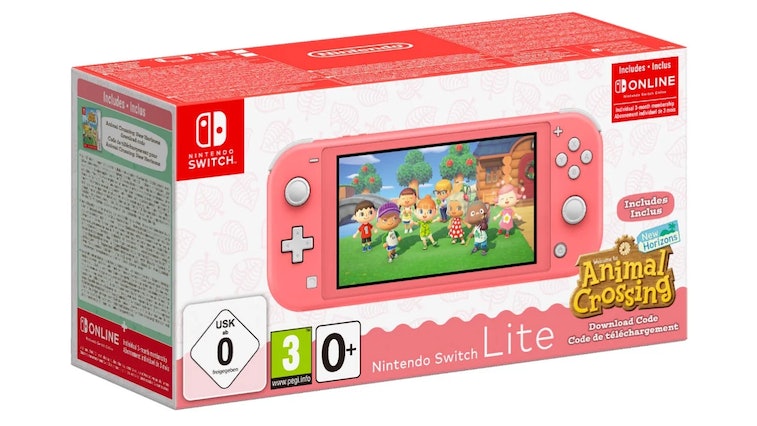 With Black Friday less than two days away — and many deals of the “holiday” deals available for weeks now — the day’s usual anticipation is somewhat duller than usual. Nintendo’s here with at least one surprise for holiday shoppers, though.

A new Animal Crossing Switch Lite bundle has been posted to the Nintendo U.K. store ahead of Black Friday, as spotted by Nintendo Life. The bundle is perhaps the best deal you can get on the Switch this holiday season — though our U.S.-based readers might not be lucky enough to partake.

Despite having been first released more than three years ago, Nintendo’s Switch continues to dominate the gaming sales charts, thanks to a steadfast combination of incredibly accessible games and a very low entry price point. The holiday season is sure to give Nintendo’s sales another huge boost, especially given how difficult it is to come by other next-gen consoles at the moment.

So cute it almost hurts — As usual, Nintendo struck gold with the creation of the Switch by separating itself from the competition with an abundance of cuteness and family-friendly gaming options. The company’s latest bundle is no different.

The bundle comes with everyone’s favorite pandemic-escape game, Animal Crossing: New Horizons, as well as a three-month membership to Nintendo Switch online, which allows players to play the game online with friends. As a Black Friday perk, the bundle also comes with a 64 GB micro-SD card — essentially tripling the amount of storage space available for downloading other games.

But will it be released elsewhere? — You know we’d like to say yes, of course this great bundle will be released all around the world, but it’s looking like that might just be wishful thinking on our part. Nintendo U.K. announced the bundle deal on its Twitter account, but Nintendo of America has yet to announce any Black Friday deals at all.

If it’s Animal Crossing-themed gifts you’re looking for, though, the game’s custom Switch is still available at a number of retailers. It won’t give you the same wallet-padding properties of the new bundle, but the adorable customization makes up for it, at least somewhat.

The bundle can be purchased in either turquoise or coral pink. At just £239.99 (approximately 320 USD), it’s definitely the easiest entry point into the Switch universe right now. If you’re in the U.K., that is. The rest of us will just have to deal with buying the console and game individually.