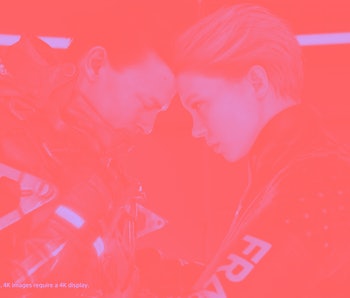 When Death Stranding came out at the end of 2019 there was an unbelievable amount of hype because:

Almost every review basically surmised the game as simultaneously being amazing and sucking ass. While some of the criticism was valid, Death Stranding is a truly immersive experience with some of the best voice acting and sound design you’ll see anywhere else. But we’ll let you decide for yourself. This week, you can get Death Stranding on Steam for 50 percent off — dropping from $59.99 to $29.99.

The promotion lasts until June 15th and, if nothing else, it’s worth the purchase to see an artist at work, regardless of where the end product falls for you.

Known as an artist among developers, Kojima intended the game to be a response to the video game landscape where it seemed every experience coming out was a shooter in some capacity.

Enter Death Stranding, a gorgeous post-apocalyptic open world that makes players trip over rocks for hours before allowing them to operate vehicles. While this sort of gameplay can be tedious, it is also incredibly rewarding.