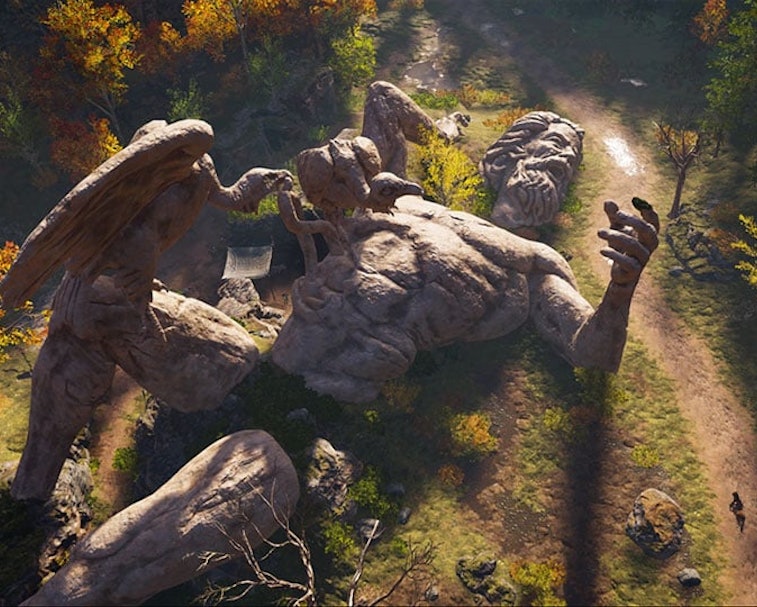 Open-world RPG settings can be tricky. They can get boring and frustrating pretty quickly with repetitive exchanges, unremarkable environments, and futile plots. Thankfully, Assassin's Creed Odyssey is the opposite of that.

Odyssey's open-world setting is replete with some of the most stunning landscapes to explore and loot to collect and craft on your own. You can also start little romantic exchanges with Spartan and Athenian pedestrians (hey, if you're in the mood, we're not judging) and browse highly detailed charts for your achievements, challenges, and statistics as a clever mercenary.

The Deluxe Edition for the game was notoriously expensive at $80. But thanks to this ongoing sale from Microsoft, the Deluxe Edition of Assassin's Creed Odyssey is now only $28 (or $20 with Xbox Live Gold) for the next six days. Whatever price route you take, this is perfect.

If you're familiar with the franchise, you'll know that the gaming industry and its consumer base have a love-hate relationship with Assassin's Creed. The general complaint was that one particular game, Origins, was fast entering the category of contrived and uninspiring. Odyssey changed that.

Sure, it's not entirely faithful to the actual period it's depicted in (think of the ahistorical robes Greeks can be seen wearing in the ancient streets), but that was a deliberate move by Ubisoft. The beauty of Odyssey is that it commits to human imagination, not pure history. So whether you're selecting Alexios as your protagonist or Kassandra, Odyssey has a strange and beautiful way of following Aristotle's musing on plays and scripts: it's about creating your own story, your own destiny.

Whether Ubisoft intended to make the game a metaphysical endeavor isn't important. What's important is that Odyssey is insanely cheap right now. Being an imaginary mercenary in warrior garb, slashing down thieves and mythical demons, sneaking into cults, and occasionally punching a shark in the face, sounds like a lovely way to pass time.

One of the least boring RPGs you'll ever play.