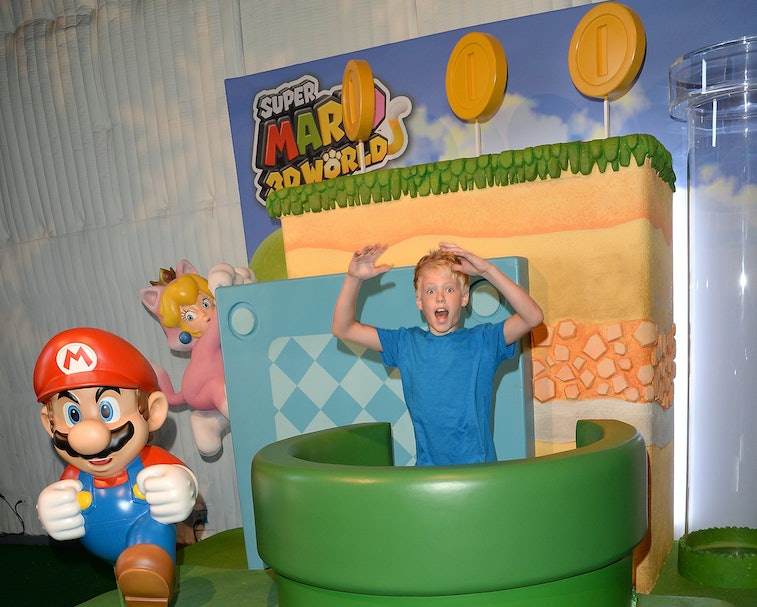 Orlando's much-anticipated Super Nintendo World theme park won't open until early 2025, according to the Orlando Sentinel. Construction on the park recently recommenced following a pause related to the COVID-19 pandemic, but Orange County Mayor Jerry Demings says that it won't be ready by 2023 as once hoped.

Super Nintendo World will be but one area within Universal Studio's larger Epic Universe park. There hasn't been much information released regarding what the Nintendo area will look like, but Comcast CEO Brian Roberts has said it will be a "whole interactive gaming experience." Comcast owns Universal Studios.

Family fun — The Super Nintendo World set to open in Osaka, Japan later this year provides a glimpse of what Orlando can look forward to. The park features a gamified visiting experience where visitors buy "Power Up Bands" that allow them to collect virtual coins as they venture around the park. One ride is Mario Kart-themed and gives passengers in a four-person cart the ability to earn coins and climb the leaderboards by working together to navigate through a track and take out enemies.

Unlike the rollercoasters at a place like Six Flags, the rides in Osaka look like they will be slow and take advantage of AR and other special effects to help create the immersive experience Nintendo is obviously trying to create. That should help the experience appeal to kids (or adults) who don't want to go on fast rollercoasters and other hair-raising rides.

COVID delays — The Japanese park was supposed to open on February 4, but it's now delayed until further notice because of COVID-19 restrictions.