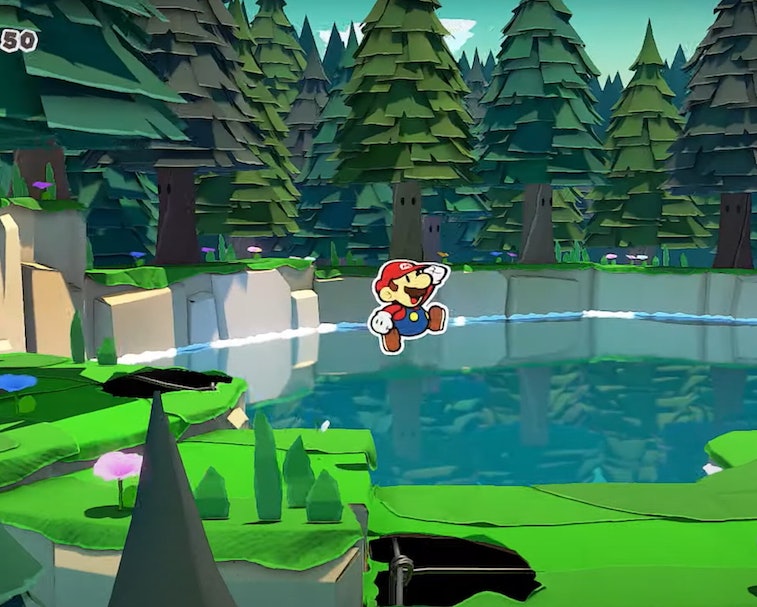 The Paper Mario series is finally coming to the Nintendo Switch. Due to launch on July 17, Paper Mario: The Origami King adds the Japanese art of paper folding to the mix. The first teaser for the game has just dropped, and it's packed with the sort of adorable graphics we've come to expect from Nintendo, with the Mario franchise's iconic characters presented as origami or 2D paper cutouts.

Paper or plastic — As expected, Paper Mario: The Origami King will cost $60. That's the standard for Nintendo's premium titles in the Mario universe, like Mario Kart 8: Deluxe and Super Mario Odyssey. From the teaser trailer alone we expect plenty of people will be willing to reach into their pockets — the game looks incredible, replete with beautiful environments and Nintendo's usual pun-laden dialogue and quips. Hopefully it's more The Thousand Year Door and less Sticker Star, but we'll take what we can get.

Above the fold — The narrative concerns trying to free Princess Peach’s castle from King Olly, who with his floppy blond fringe bears an uncanny resemblance to a certain mask-averse head of state. In his efforts to retake Peach's home, Mario's got a new partner name Olivia, and a pair of concertina paper arms that can be used to trounce enemies or solve puzzles. Yep, sounds like classic Nintendo, alright.

Nintendo's already had a bumper year. It's sold record numbers of its Switch and Switch Lite consoles — so much so, that for a time price gouging was a problem as the console swiftly became the essential lockdown accessory. Meanwhile, Animal Crossing: New Horizons — for which there's even a special edition of the console — is already a record-breaking title for digital downloads and a cultural force to be reckoned with as fashion designers and celebrities have embraced it and some industrious people have even turned it into an income-generating side hustle.