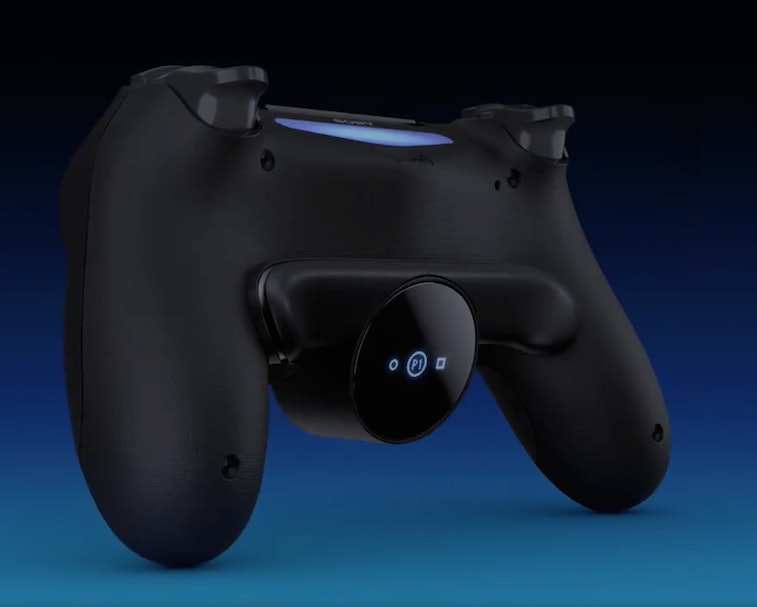 Sony announced, via Twitter, that the PlayStation 4 controller would be getting a new accessory, giving players two new back triggers on their standard PS4 controllers. The device includes an adaptable OLED screen and a standard headphone jack, so as to not interrupt your online gaming sessions. With the PlayStation 5 on the horizon, this is probably just for the hardcore crowd.

Exciting, but late — Since the popularization of SCUF's trigger control panels, gamers have been raving about the comfort and convenience these extra paddle buttons provide during gameplay. It seems Sony has finally caught on to the trend, just as this generational cycle comes to a close.

A sign of things to come — Hopefully this means that fans can expect the PlayStation 5 to come with these "back buttons" built right into the controller. With Xbox only just now adding a "Share" button, it could be a competitive advantage in Sony's appeal to hardcore gamers.