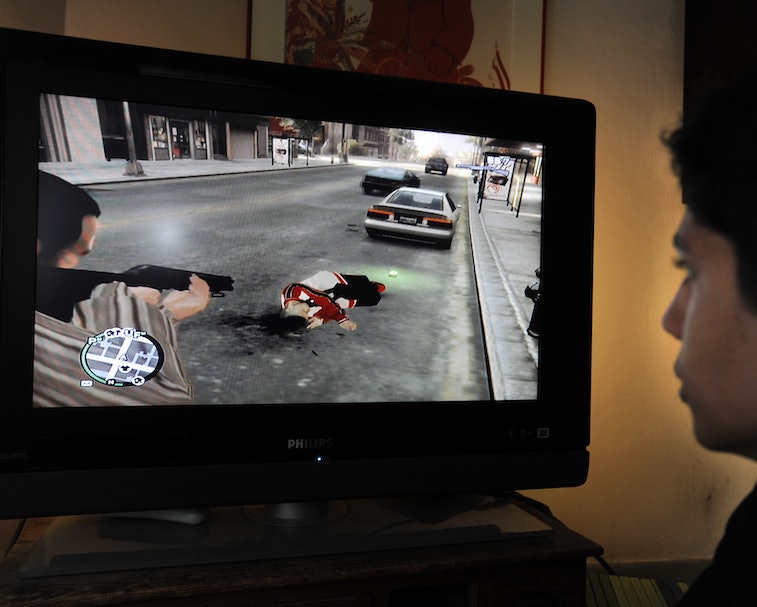 Rockstar is reportedly going to release remastered versions of three classic Grand Theft Auto games. The titles in question would be Grand Theft Auto 3, Vice City, and San Andreas. All of these games came before the developer transitioned to high-definition graphics with Grand Theft Auto 4. The new rumor, reported by Kotaku, hasn’t been confirmed by Rockstar.

Faithful port — According to the report, the games will be “a mix of new and old graphics,” akin to a “heavily-modded version of a classic GTA title.” The classic visual style will remain, and gameplay mechanics are expected to remain essentially the same. Some people might be disappointed about that last part — players of modern GTA games may struggle with the lack of a GPS map, for instance. Also, for some reason, in Grand Theft Auto 3 and Vice City you could take a boat out into the ocean, but then if you jumped out into deep water your health meter would quickly run out and you’d die.

Console support — Perhaps the most exciting thing contained in the Kotaku report is that the remastered versions could be made available for a plethora of platforms including Google Stadia, Nintendo Switch, PlayStation 4, PlayStation 5, Windows, Xbox One, Xbox Series X, and mobile devices. If it’s a faithful port, the notion of playing San Andres on the Switch sounds pretty great. The games will apparently all come as one bundle.

These are all classic games that still have avid fans, so Rockstar could squeeze new life out of old material with relatively little effort. It’s the same reason why other companies like Sony release emulated versions of their classic consoles. Who doesn’t love a good nostalgia play?

Some will surely hope that development of the remasters doesn’t displace the next installment in the open-world action-adventure franchise, however. Rockstar still hasn’t confirmed the existence of Grand Theft Auto 6, despite persistent rumors, like one that claims it will take place in Vice City, the GTA version of Miami.