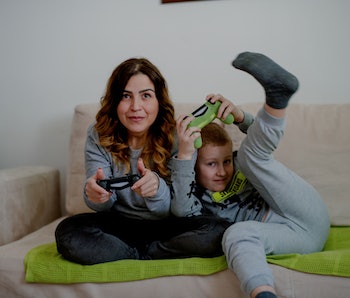 Apple is reportedly developing a video game controller, according to a leaker on Twitter with a history of predicting past releases by the company. The leak does not offer any further information regarding the controller or when it might be expected to see the light of day. Apple's last serious attempt at producing gaming hardware was in the '90s when it created the failed Pippin console in partnership with Bandai.

Twitter user @L0vetodream, who leaked the latest information, previously reported several details about the new iPhone SE and iPad Pro before anyone else.

Apple and gaming — Apple of late has shown increasing interest in gaming through the launch of its Apple Arcade subscription service, and the company regularly uses game demos to demonstrate the capabilities of its latest hardware. With the launch of iOS 13, Apple made it possible to pair Bluetooth-enabled Xbox One and PlayStation DualShock 4 controllers to play compatible games.

Apple Arcade includes more than 20 games with official controller support and dozens more that support them but don't officially indicate as much in their descriptions. Some big non-Arcade games including Minecraft, Call of Duty Mobile, and Fortnite all support controllers.

Apple kinda sucks at input devices — If Apple's gaming controller is anything like its other controllers, we're screwed. The company had to abandon the butterfly keyboard on its laptops after years of relentless criticism, and its latest Apple TV remote has been panned because, among other reasons, it's nearly impossible to use in the dark. And let's not forget how you charge the Magic Mouse:

Gaming is big business — Gaming is a very lucrative industry with most of the big players in tech angling to get a piece of the action. According to some research, consumers spent $109 billion on digital games in 2019 and $2.2 billion on gaming accessories.

By creating its own controller, Apple may be signaling an interest in capturing more of that spending. iOS, and especially the iPad, have become great, portable gaming devices as Apple's chipsets have finally reached a place where they can support decent graphics performance. Let's just hope the controller doesn't follow in the footsteps of Apple's other input devices.