“Riot has never and will never retaliate against anyone for talking to any government agency.”

Riot Games, in a statement to Kotaku 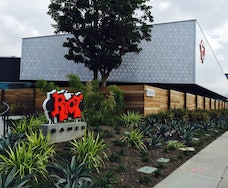 The agency responsible for suing Activision Blizzard for its “frat boy workplace culture” — California’s Department of Fair Employment and Housing (DFEH) — has been attempting to investigate League of Legends developer Riot Games, too. But the DFEH says Riot is taking its sweet time and delaying that investigation as much as humanly possible.

The DFEH filed a public release this week with the Los Angeles Superior Court to “compel Riot Games Inc.’s compliance with the Court’s June 4, 2021 order requiring the company to send a notice to its workers about their rights to speak with DFEH.” The agency says Riot has had more than two months to tell its employees about their right to speak with the DFEH about unlawful workplace practices — and Riot has thus far declined to do so.

For a company that’s already been seen to have widespread problems with sexual harassment and discrimination — and especially at the heels of the DFEH’s Blizzard investigation — this certainly comes off as incriminating.

There's history here — Riot is not new to this game. The DFEH originally began investigating the developer back in October 2018 for allegations of sexual harassment, sex discrimination, and sexual assault. More than a year later, Riot finally cooperated — by revealing that the company had secret settlement agreements with about 100 women.

The DFEH spent the next year-and-a-half attempting to eke out these secret documents; Riot eventually handed them over in April 2021. The agency says it was “alarmed by language in Riot’s settlement and separation agreements that suggested employees could not voluntarily and candidly speak with the government about sexual harassment and other violations.”

Riot isn’t ready for the spotlight — The problem now — and the reason the DFEH posted this statement — is that Riot was ordered to tell those involved in settlements that they could, indeed, speak with the government about their experiences. It would be illegal for Riot to forbid them from doing so, and the California court system has made this clear to the developer.

Riot tells Kotaku the issue is related to tracking down those former employees to let them know they can speak with the DFEH. “Riot has never and will never retaliate against anyone for talking to any government agency,” the developer said.

The fact remains that something in those settlement contracts communicated to the former employees that they could not speak with law enforcement about their experiences at Riot — or, at the very least, the contract language intimidated them into believing this to be true. Otherwise, the DFEH wouldn’t be forcing Riot to send out notices about this issue in the first place.

UPDATE (8/17 12:45 p.m. ET): A spokesperson for Riot provided the following statement in response to our story:

Notices are being sent to former employees to confirm that Riot’s severance agreements have never in any way prohibited speaking to government agencies. Riot has never and will never retaliate against anyone for talking to any government agency. In fact, our standard severance agreement has included the following language for many years (predating Kotaku’s original reporting and any involvement from the DFEH:

The court went out of its way to say sending these notices in no way indicates any judgement against Riot on the DFEH allegations, and the judge recognized that Riot has always maintained that our agreements allow people to make government complaints.