Roblox is facing a massive lawsuit for copyright infringement 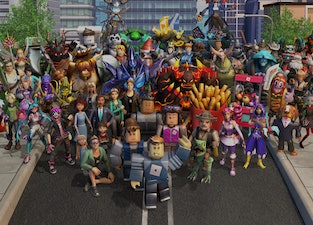 Minimum damages sought in the lawsuit against Roblox.

The National Music Publisher’s Association (NMPA) is cracking down on copyright infringement in the video game industry, with Twitch and Roblox taking the biggest hits to start. Roblox is facing a $200 million lawsuit from the NMPA for allegedly allowing players to stream songs in their Roblox creations without the music being properly licensed.

The lawsuit was made public knowledge this week by a strange NMPA press release which, in a single breath, celebrated artists like Taylor Swift and Sara Bareilles while speaking to new enforcement actions being taken against “rampant infringers” in the gaming industry. The press release covers the entirety of the NMPA’s annual conference — hence the mixed bag of announcements.

David Israelite, NMPA’s president and CEO, spoke about the lawsuits during his State of the Industry speech. Israelite cited Roblox’s 42 million daily active users and said the game’s community has gone to great lengths to tiptoe around paying music creators.

“They’ve made hundreds of millions of dollars by requiring users to pay every time they upload music onto the platform – taking advantage of young people’s lack of understanding about copyright – and then they take virtually no action to prevent repeat infringement or alert users to the risks they are taking,” Israelite said.

Twitch still isn’t doing enough — Israelite also spoke in his speech about its ongoing efforts to reign in copyright violations on Amazon-owned Twitch. He said the NMPA is majorly ramping up its takedown campaign against Twitch and will continue to go after the company for videos that include unlicensed music.

Industry growth nonetheless — These lawsuits and copyright issues haven’t stopped the music industry from bringing in the big bucks. Israelite spoke to the industry’s resiliency in the face of the COVID-19 pandemic, with overall industry revenue coming in at about $4.07 billion — up nearly 10 percent from 2019.

The NMPA’s lawsuit against Roblox has been filed on behalf of a number of high-profile publishing groups and musicians, including deadmau5 (Joel Zimmerman), Big Machine Records, and Concord Music Group. According to the organization, the lawsuit will “ensure songwriters are fully paid for their works on the platform and that Roblox takes seriously its obligations to those who have made its service so popular and profitable.”