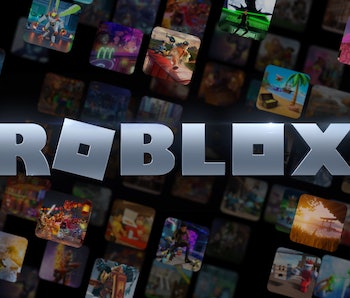 Roblox is incredibly popular, especially amongst young people, with something like 200 million active players on the gaming platform every single day. One of the game’s biggest draws is the ability for anyone to use its built-in tools to create their own mini-games, which Roblox calls “experiences.” There are currently more than 20 million experiences on Roblox.

The game markets these game-creation tools as more than just informational and fun — experiences can be monetized, too. This promise of racking up some spending money just for messing around in Roblox is, as you might expect, very tempting for kids. Roblox capitalizes upon this promise as much as possible.

The problem is that the actual amount Roblox pays these kids for their in-game labor comes out to mere pennies. Actually, the majority of creators on the platform don’t even earn a single penny, according to a new investigation from People Make Games.

Textbook exploitation of labor — People Make Games’ investigation comes across as harsh against Roblox, and for good reason. “We have to wonder: Is the next generation of game developers being exploited before they’ve even finished secondary school?” writer and presenter Quinten Smith asks.

The answer is a very simple yes. “Earn Serious Cash,” the Roblox site reads. “Our top developers are earning over $2M a year by providing in-experience purchases.” At every turn the company makes it look easy for kids to earn money through their game development; it’s a very easy way to lure kids into the creator program. The average person makes exactly $0 with their Roblox game. And, in fact, some end up in the negative — one of the easiest ways to get people to play your game is to pay the company to advertise it on the site in an auction system.

“I don’t really think it’s possible for young developers to succeed on Roblox anymore,” said one professional Roblox developer interviewed for the investigation.

Roblox is worth $45 billion — Roblox the company is publicly traded and has a market cap of about $45 billion. That’s approximately seven times as much as Ubisoft, one of the world’s most popular game developers, is worth.

There is no good reason — other than greed, that is — for Roblox to not pay in-game developers. These are the people putting in the work to keep expanding Roblox. Why wouldn’t they be compensated for that work?

When money’s taken out of the equation, Roblox’s development tools are a really great, free way for kids to try their hands at creating video games. But Roblox wants them to think they can make money with their work, and it is, indeed work. The manipulation at work here is just repugnant.