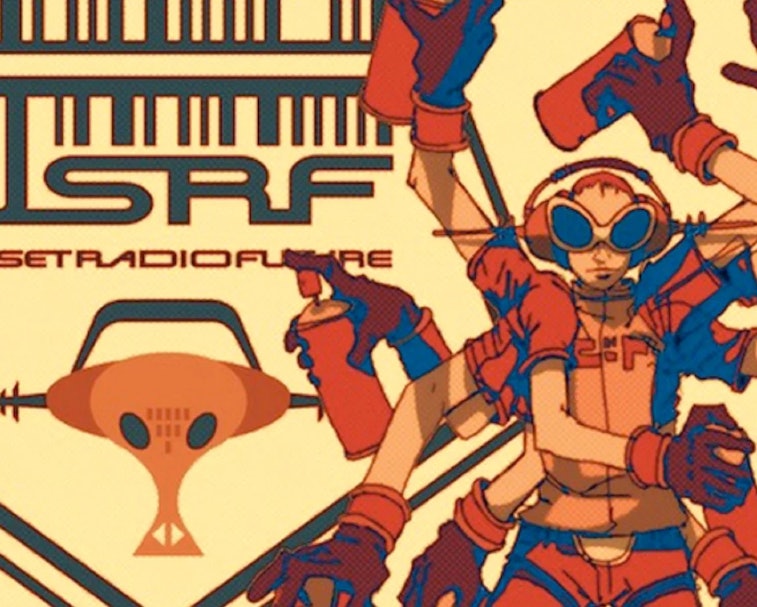 When you think of big Sega franchises, you probably think of a certain hedgehog who's recently gone Hollywood for the second time, or perhaps the melodramatic machismo of the Yakuza series. According to a new report from Bloomberg, however, those aren't the names that Sega is trying to make into hit live games — instead, it's late '90s classics Jet Grind Radio (AKA Jet Set Radio) and Crazy Taxi. The Offspring could not be reached for comment.

While this might seem far-fetched, there is some further backing for this claim, as Sega listed the two franchises on an annual report as examples of intellectual property that the company wanted to modernize. The report suggests that Sega is already developing a "big-budget" Crazy Taxi that it hopes will deliver a reliable revenue stream similar to that of Epic Games' epoch-defining hit Fortnite. Good luck with that, guys.

According to Bloomberg, this Crazy Taxi reboot (Crazier Taxi?) has been in development for a year, and it will likely release within two to three years. There's no word on what it or this new Jet Set Radio might look like, but they're apparently both part of the "Super Game" project that Sega has been talking about publicly for some time now. Sega announced last year that it's working on an online first-person shooter as part of that project. Currently, the company's main online game is Phantasy Star Online 2, which is relatively obscure in the West.

Sega's renewed vigor towards online gaming makes a lot of sense for the company, as its historic core business of arcades has been going downhill for a while now. Sega sold all of its arcade businesses to another company back in 2021. While the maestros of the Dreamcast have a certain place in my heart, I really can't imagine what a triple-A take on Crazy Taxi would even look like at this point. Perhaps it could allow you to control cars from a top-down perspective a la Driver: San Francisco, or maybe Sega could offer a whole variety of Crazy businesses involving vehicles. Crazy Ambulance? Crazy Tow-Truck? The list goes on. Call me, Sega.