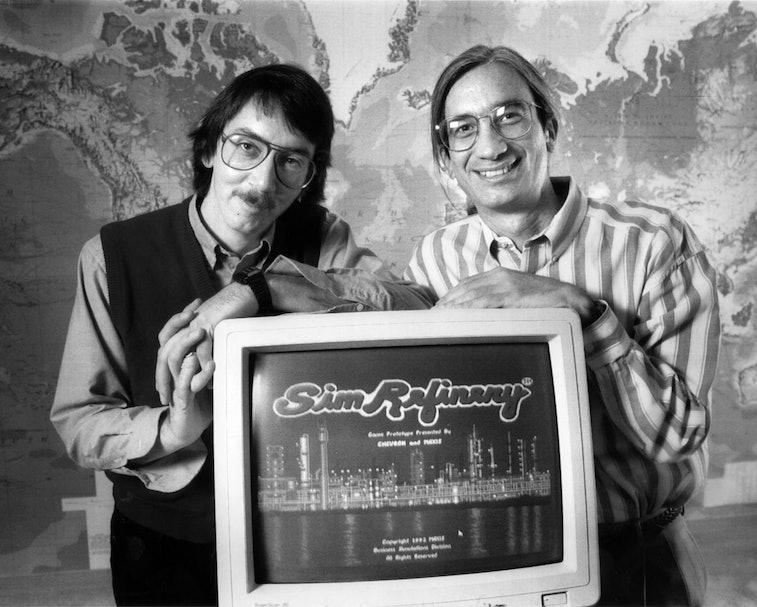 Between 1992 and 1994, the Maxis Business Simulations division was tasked with a straightforward, albeit strange, job: create a refinery simulation game for the overlords in Big Oil, as reported last month in a fascinating story on The Obscuritory. Despite turning down numerous requests for industry-specific Sims games, Maxis agreed to build SimRefinery for Chevron, which paid $75,000 for a prototype. Yes, that Chevron. After Ars Technica picked up on the story, a former Chevron employee confirmed that he once played SimRefinery and even owned a copy of the game.

The project gives us a look inside SimCity's earlier years and how its emphasis on simple gaming intersected with urban development concepts. Interestingly, game designer Will Wright was opposed to the idea of serious business simulations, according to The Obscuritory. "Many people come to us and say, ‘You should do the professional version," Wright said in 1999. "That really scares me because I know how pathetic the simulations are, really, compared to reality. The last thing I want people to come away with is that we’re on the verge of being able to simulate the way that a city really develops, because we’re not."

SimRefinery in its (brief) glory — In comments to The Obscuritory, programmer Bruce Skidmore explained the game (that you can actually play, if you want). According to Skidmore:

The whole goal of this was to teach operators that they are part of a bigger system. Their concern at the time was that operators tended to be very focused on their one plant, and their one thing they do, and so [they] weren’t keeping in mind that what they do affected other parts of the plant. So they wanted a training tool that allowed operators to manipulate inputs and outputs of the various pieces of the refinery process to see how they impact.

A look at the game — Here's a humble-looking screenshot of SimRefinery.

A crash course in Big Oil — All parts and units in an oil refinery are delicately connected and naturally affect each other. For example, input given by one employee in the accounting division has an undeniable effect on other parts of the company. The purpose of SimRefinery was to bring employees closer to understanding how a plant works as a collective unit, the level of maintenance required for operations, production line, budget and income objectives, profitability, and more.

It sounds like a 101 on being an oil plant worker. Of course, having an employee "play" SimRefinery and assume that that was all they needed to work in a plant would be extremely dangerous. But letting employees use SimRefinery had its educational benefits at the time, according to The Obscuritory. Think of it as a modest training tool. With the option to blow things up, if you felt bored or frustrated enough. Which certainly beats blowing up the real thing.