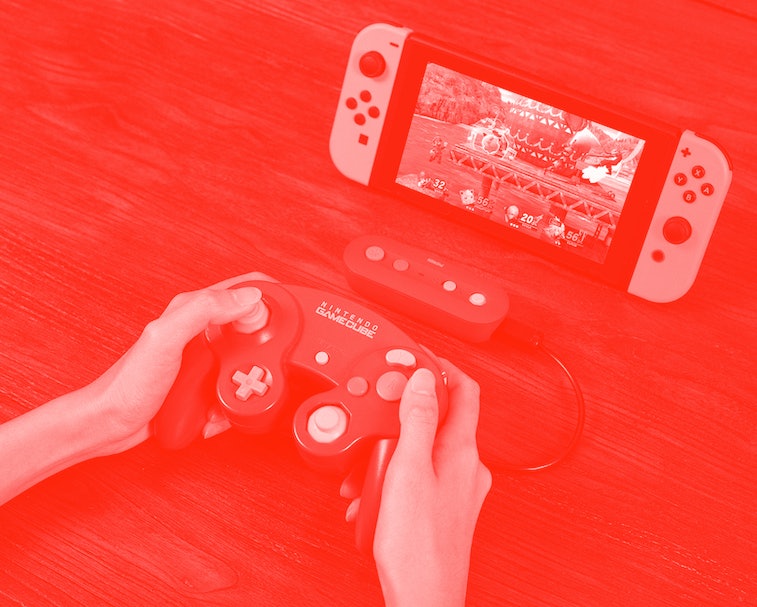 From its gumdrop-shaped buttons to its unique form factor, the GameCube controller is beloved by some and reviled by others.

Some enthusiasts who take issue with the height and finish of the controller's buttons are taking matters into their own hands by buffing down the engraved letters on each with sandpaper. The resulting "bald buttons" have become a somewhat popular mod, especially in the Super Smash Bros. community.

Damn Nintendo buttons — In the above viral post, Reddit user ExoticPorkChop_3557 shows off their newly "balded" buttons. As someone who has spent a lot of time with a GameCube controller in my hands, these non-labeled buttons look strange and uncanny, like a horror movie villain, or perhaps a victim of the Mandela effect.

Several commenters made jokes about not knowing which button is which without the familiar etchings. While this is funny, I would challenge you to identify X and Y on this controller without Googling a picture of the real thing. Not so easy, is it? Here's a hint: they're named after the axes that they fall on.

Anything to win — If you dig around the Smash subreddits, you'll find that some Melee players swear that these bald buttons (which are also significantly shorter, by the way) help them switch between inputs faster. Given that competitive Melee hounds are known for playing with broken controllers on purpose for a slight edge, this definitely tracks. However, even if you aren't trying to pull off clutch multi-shines, the smooth finish of these balded buttons might be more tactilely pleasing than the alternative. It's really just a matter of preference.

If you aren't down with disassembling your controller and rubbing the hell out of it with sandpaper, you can buy bald buttons from Etsy and simply install them instead. However, let's be honest: you just want an excuse to call yourself a DIYer, so why not try it out? There are cheap GameCube controllers on Amazon, and they have decent reviews, so you have very little to lose here.