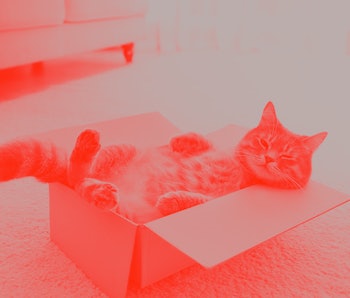 Yesterday marked PlayStation 5's launch day in the United Kingdom, and already some fans are reporting problems with their devices: namely, that they aren't showing up at all. Instead, some people waiting on their consoles to be delivered via Amazon claim to have instead received such disparate, unordered items as pet food, foot massagers, and kitchen gadgets. What's more, many are also pointing out suspicious repacking jobs on the boxes they actually did receive, implying items being outright stolen somewhere within the shipping process.

Far from a single case of theft — Unfortunately, it doesn't seem to be an isolated incident. Case in point: freelance journalist, Bex April, also tweeted a PS5 delivery mishap, explaining that Amazon at first claimed she had first "missed" her order, only to show up later that night with a box containing an air fryer. A nice looking air fryer, but an air fryer, nonetheless.

Others have chimed in with their own misadventures in shipping and freight, claiming to have received boxes of dog food, fitness equipment, or even nothing at all. Amazon Support appears to have occasionally replied to a few of the public complaints on social media, but more often people are recounting getting the runaround, or told it would take days to process a refund and/or ship a replacement PlayStation 5, since they are widely out of stock by now. Still, Amazon PR is encouraging those affected to contact its customer service department.

This isn't the first instance of false console deliveries. Last week, Xbox purchasers alleged similar experiences, which sadly isn't wholly surprising given how often this kind of theft can occur during the shipping process. The fact that Amazon doesn't appear to have any kind of contingency plan for this sort of entirely predictable snafu is certainly disheartening, but hey, at least those missing out on their PlayStations won't have to worry about accidentally being spied on through their controller microphones.