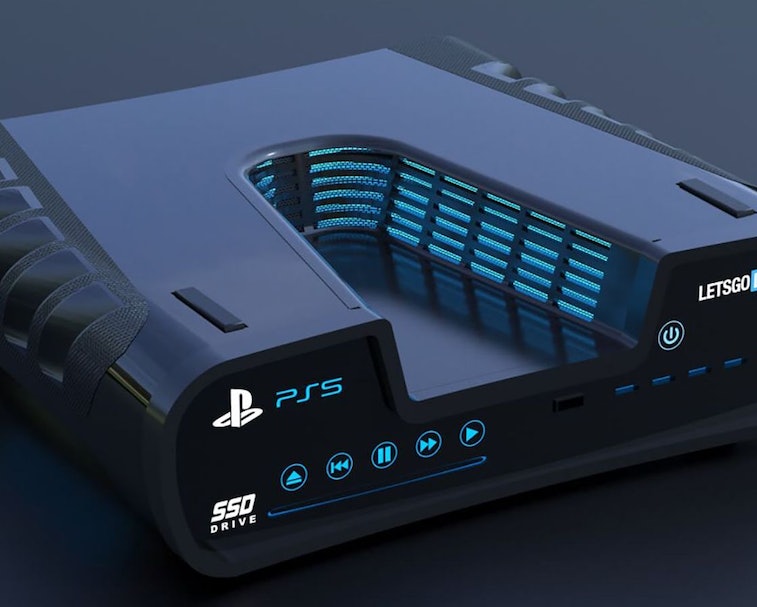 As Sony gears up to unleash the PlayStation 5 (the logo was teased at CES and nothing else) the company is reportedly "struggling" to produce the game console for less than $450 a console. Bloomberg says Sony is facing challenges securing enough storage and memory chips for the PS5 with stiff competition from smartphone makers being the major hurdle.

Sony is reportedly waiting for Microsoft to announce pricing for its Xbox Series X before it does so. Based on component estimates and past console profit margins, the PS5 console would have to cost at least $470. People inside Sony are reportedly divided, with some wanting to follow its past model and others wanting the console priced as low as possible to compete with Microsoft's console.

That's a lot of guap — When the PS4 was released in 2013, it retailed for $399 and was estimated to cost $381 to produce. Console manufacturers often have thin profit margins for consoles or even sell them at a loss and recoup on game sales down the line. Pricing can easily make or break a console launch. Botched messaging about the Xbox One aside, it was easy for the PS4 to quickly leapfrog Microsoft's console because it retailed at $399 versus $499.

"Consumers will benchmark their expectations based on the PS4 Pro and PS4," Macquarie Capital analyst Damian Thong told Bloomberg. “If Sony prices above that, it would likely be to balance a need to offset higher materials cost, against risk to demand.”

When will we know more? — We'll see if Sony decides to risk putting off consumers with a high price point, or opts instead to absorb the cost itself. Microsoft is expected to announce the new Xbox pricing at E3 in June, so Sony will need to decide soon. There are also rumors Microsoft's new Xbox is going to offer more raw power than the PS5 and will offer backwards compatibility from day one.

Diehard Sony fans will buy the PS5 regardless of the price, but the company won't want to push those on the fence into Microsoft's fold if its console proves cheaper. Or, even worse, cheaper and more powerful.