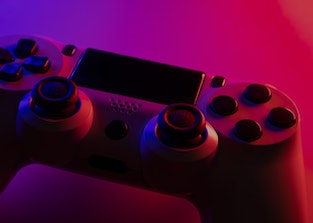 How many PS4 games the PS5 will support.

On a new support page, Sony says that its upcoming PlayStation 5 will be able to play all but 10 games made for the PlayStation 4. More than 4,000 games have been released for the latter, older console, and the ones that won't be supported aren't very popular anyway, meaning most people won't ever run into issues. That's great news for PS5 buyers with substantial catalogs of PS4 titles.

Those unsupported titles include the following:

Classic console games not supported — We've known for some time that the PS5 would support 99 percent of PS4 games, but until now Sony hadn't specified an exact catalog of omissions. The company does caution that even titles listed as supported may have the odd bug, and some features may not work. But those exceptions are expected to be rare. Much more exciting is the fact that the hardware in the PS5 will be able to boost frame rates and load times for many PS4 games.

The PS4 and PS5 share a similar x86 chip architecture, making it easy for legacy games to play with few updates required unless developers want to take advantage of the improved performance of the new console. Some game developers have committed to giving owners of PS4 titles upgraded versions for no extra cost, a big change from the past when they would ask for another $60 for a "remastered" version. But for many developers, putting in the effort updating an old game while they're already working on sequels or new titles won't be worth the time.

Unfortunately, the PlayStation 3 and older Sony consoles ran on PowerPC instruction sets and, as such, the company won't be porting games from earlier hardware. Sony could potentially release them onto its PlayStation Now game streaming service instead, where titles would stream from hardware at remote locations and wouldn't be subject to the same compatibility issues.

Microsoft's better strategy — Microsoft, on the other hand, has developed emulators that enable the Xbox Series X to play games going all the way back to the original Xbox. The company claims that gamers will be able to play "four generations of games" on the system. Despite this, not all titles are backward compatible due to licensing issues with game developers. For the Xbox Series S, which doesn't feature a disc drive, developers will need to make games available through the Microsoft Store.

The reason Sony hasn't developed backward compatibility for classic games may come down to a simple economic calculus. Executives in the past have commented that even when it has tried supporting older titles, gamers don't end up playing them very much. The PS4 had a great lineup of titles, so the lack of support for classics probably won't be a big deal for most PS5 owners. They'll likely be too busy playing new titles optimized for the next-gen console anyway.