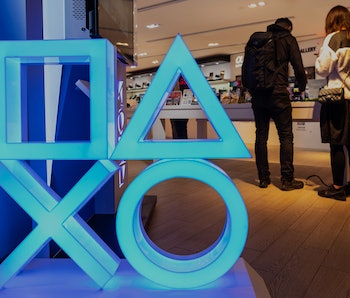 Yet another PlayStation 4 feature is heading for the chopping block as Sony more fully focuses on its next-gen console’s dominance. Starting next month, the PS4 communities feature is slated to shut down, ending popular group-centered extras like message boards, parties, screenshot-sharing, and more. The announcement comes almost exactly a year after the company killed its PlayStation Communities app, so while the news isn’t surprising for most PS4 gamers, it is certainly further evidence that the last-gen console’s days are waning.

Despite technically losing money on every PlayStation 5 sold, Sony’s newest offering has already established its territory in the newest generation of consoles. While this kind of phase-out for older models is an industry standard, there doesn’t seem to be an equivalent feature in the cards for PS5 owners, so it remains to be seen if Sony has anything in store for a replacement in the coming months.

Better act sooner than later — Unfortunately, Sony’s announcement of the communities features’ dissolution doesn’t have a specific date attached, with patch notes for its upcoming 8.5 update beta only referencing sometime in April. That said, as Siliconera points out, “this could mean that the 8.5 update will release in April 2021, but it’s worth noting that Sony can discontinue the service before an update rolls around to remove the feature from the PlayStation 4 UI.” Knowing this, it’s probably best to begin saying those community goodbyes sooner than later.

For what it’s worth, though, the PS5 does include a number of similar features, including “group multiplayer launch, game hubs with community content, screen share with multitasking, and the Game Base gathering space.”

Part of a continuing phase-out — The new announcement is not the first PlayStation 4 support wind-down from Sony. As previously mentioned, last March saw the end of the PlayStation Communities App, with Sony also moving to kill off users’ ability to rent and purchase TV shows and films via the PlayStation store on the PS5 and PS4/PS4 Pro, athough that change isn’t scheduled until August 31, 2021. However, TechRadar mentions that users “can still access movie and TV content they've purchased through the PlayStation Store for on-demand playback.” But hey, who needs community support when you’ve got VR on the way?