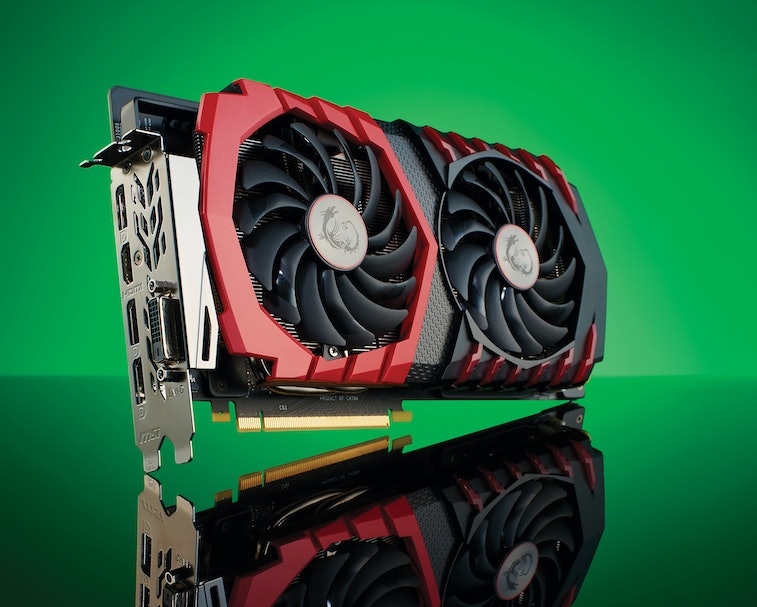 For a brief, beautiful moment, many PC gamers believed they'd come across a rare bit of good news to counteract 2020 (and 2077's) countless abject failures: According to multiple reports, a massive trove comprising half a million lost Nvidia GeForce RX 30s had recently been discovered in an unlabeled South Korean shipping container.

This came as a welcome — if perplexing — relief to many consumers, who've been searching for months in vain for the out-of-stock GPUs so they, too, can enjoy the promise of ray tracing and other visual delights of recent video games. Unfortunately, the entire story was a complete and utter lie, because 2020 is ensuring there are no silver-linings, right until the bitter end.

Not so innocent — The original "news" came courtesy of a Spanish-language tech site, Geeknetic, which published the details on December 28, after which reports quickly spread across social media and other online outlets, mostly by those unfamiliar with something called "Holy Innocents Day."

"What's Holy Innocents Day?" you might be asking yourself. Oh, what uncultured fools you all are! What absolute plebeians!

Please meet us below after we skim the Holy Innocents Day Wikipedia page...

All in the name of good fun (and murder) — According to our diligent archival research, Holy Innocents Day is a holiday most often celebrated in Catholic culture, particularly in places like Spain and the Philippines. There, the festival has become something akin to our April Fool's Day, in which people pull pranks on one another.

In Alicante, Spain, there's even something called "Els Enfarinats," which involves people dressing up in military regalia and then inciting "a flour fight." Sounds like fun, especially when you consider that the day is supposed to be honoring helpless babes lost in the biblical infanticide orchestrated by King Herod. Most scholars chalk the event up to legend, but still. Yikes.

You played yourselves, gamers — That brings us screaming back to this week, and that whole thing about half a million, much-coveted GPUs. Not long after the story first appeared (but long enough for it to go viral), an addendum was added to the Geektronic article stating, "This is a fake news story created and published on December 28 in celebration of the Holy Innocents Day in Spain. The content of it is false and has been created with a satirical humorous purpose. We hope you had fun reading it."

Fun? Fun! We think not. When even StockX is selling GPUs you know disappointment at this sort of chicanery is inevitable. We close out the year as it began: a sad, cruel joke built on wanton death. Happy belated Holy Innocents Day, everyone! At least next year you'll be ready. You're welcome.