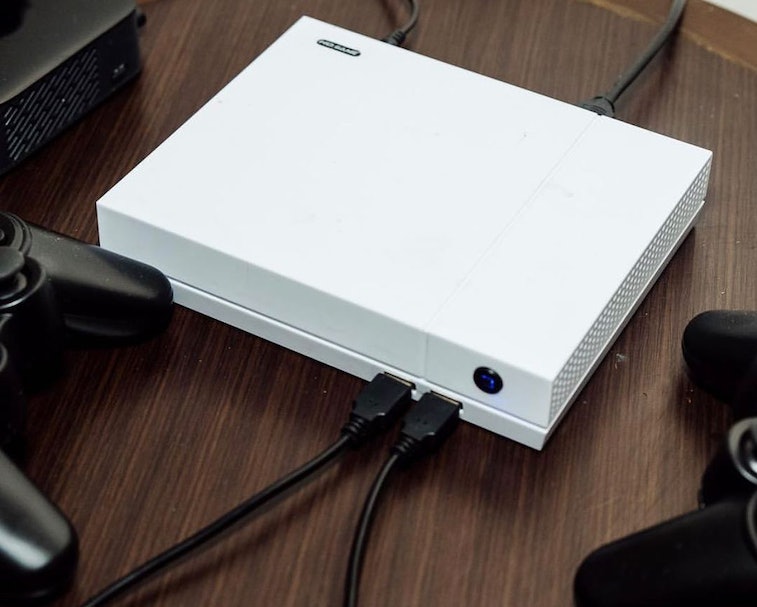 Rapper Soulja Boy Tell ‘Em is making his own gaming console again, and it doesn’t seem like it will fare any better than his last attempt. GameRant reports that he is working on a new console that will have all new games, but early images suggest there’s nothing new about them.

Crank that lawsuit — In 2018, Soulja Boy made his first foray into the gaming hardware space and caused quite a stir. The consoles were clearly emulators of the major console companies’ hardware.

He ran into legal trouble with Nintendo for not licensing the thousands of games available on his consoles, despite publicly stating that “everything is 100 percent legit” and that unspoken deals had taken place. Eventually, the heat died down and so did the consoles, but he seems ready to try again.

Once again, the consoles appear to pull from other designs, replete with PlayStation controllers and Xbox-like consoles. There’s currently no word on any official deals for the games or the hardware.

Cashing in – Soulja Boy is no stranger to the gaming industry. He vlogged about video games at the onset of his career and has recently become one of many rappers taking to Twitch. Travis Scott has notably made deals with Fortnite and PlayStation while Soulja Boy struggles to get Tony Hawk’s attention.

Scott has managed to be a brand darling, even when he asks for forgiveness instead of permission with no residual bad blood. While Soulja Boy is definitely a cultural tastemaker in his own right, he doesn’t seem to have Scott’s cachet — but it’s not stopping him from playing by the same rules.