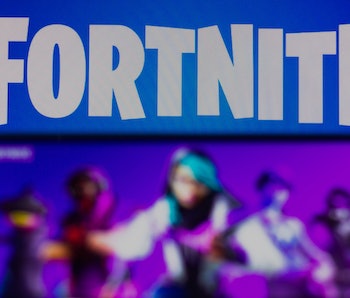 Two roads diverged in a digital wood. One headed down a path dotted by flash-in-the-pan video games relying on various NFT and blockchain-based gimmicks. The other... uh, didn’t. Look, okay, it’s not the best metaphor here. Also, isn’t that poem ostensibly about how neither choice matters in the end? Anyway, Steam isn’t going to allow any games utilizing NFTs or other crypto-related features in its store, while Epic Games is apparently cool with it now.

An about-face from Epic — While the news that Steam has decided to nix NFTs and other crypto-enabled projects from its store isn’t all too surprising, Epic Games’ choice is a bit odd, seeing as how CEO Tim Sweeney made clear just last month that the company wasn’t interested in those areas.

“We aren’t touching NFTs as the whole field is currently tangled up with an intractable mix of scams, interesting decentralized tech foundations, and scams,” Sweeney tweeted in September. Perhaps sensing opportunity following Steam’s decision, however, Epic changed its tune, explaining to The Verge last week that it’s “open to games that support cryptocurrency or blockchain-based assets,” as well as the potential to developers in the “new field” of NFTs.

Something’s gotta pay for those lawyer fees — Unfortunately, this really seems to be a case of Epic changing tactics simply to squeeze some extra revenue out of an already volatile and somewhat sketchy market. But really, what could you expect from a company currently engaged in what will certainly wind up being a years’ long battle with Apple? We assume there will definitely be some cool and novel gaming projects employing both NFTs and blockchain tech in the future but on the whole, there’ll probably end up being a lot more duds than successes.