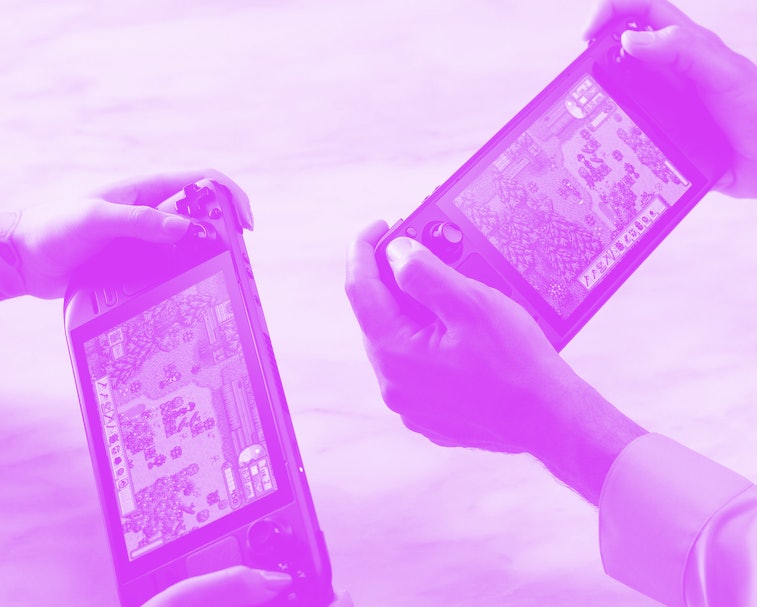 We already know that the Steam Deck can do your laundry, wash your dishes, and smash your now-useless Switch, but did you know that it can play games, too?

In fact, it seems that you can continue to demolish your Counter-Strike opponents in your bathtub if you so choose, because the Deck will have a "dynamic cloud sync" feature which will let you seamlessly move between your Deck and your PC without having to exit the game altogether.

How many rooms? — As the feature announcement helpfully notes, dynamic cloud sync will also work with multiple Steam Decks. So, if you're the kind of hopeless nerd/morally negligent billionaire who has to have one in every room of your cavernous mansion, yay. (We guess?)

Apparently, Steam will automatically upload this save game data to the cloud before the device goes to sleep, and it will automatically access that save file when you un-suspend it, too. It's a pretty nifty feature, and it's the sort of thing that you see people do in sci-fi movies. Truly, the future is now.

One caveat — There's a catch, though: the feature isn't automatic, meaning that developers will have to manually add it to their games. Hopefully most indie devs will see the value of the mode, but we'll have to see what kind of install base the Deck can muster before we can predict whether or not it'll be a common add. Either way, if you absolutely must game while doing those dishes, this is a good solution for you.