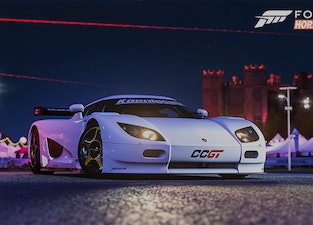 How much Tencent is offering for the British-based gaming company.

When it isn’t rolling out troubling, invasive facial recognition tech specifically aimed at minors, Chinese video game giant, Tencent, is eagerly searching for the next company to claim a stake in, if not purchase in its entirety. Most recently, the producers of the world’s most-played multiplayer online battle arena (MOBA) title, Honor of Kings, set its sights on Sumo Group, and is reportedly offering nearly $1.3 billion to acquire the company.

Based in Britain, Sumo is no small indie outfit, but rather a major player in the industry in part responsible for titles like Hitman 2 and Forza Horizon 4 while also counting companies like “Microsoft's Xbox, Amazon Game Studios, Apple, Google, and the BBC” among its partners and past clientele.

If Sumo’s shareholders approve the offer, the gaming company will be added into a portfolio that also includes Riot Games (which Tencent owns outright), Epic Games (in which Tencent has a 40 percent stake), and Dontnod (23 percent), the latter of which was acquired just this past January. As Kotaku notes, Tencent also owns and operates the video game website, Fanbyte. Currently, the Chinese giant already owns 8.75 percent of Sumo... but now it wants the rest.

China’s massive influence on the entertainment industry — If shareholders okay the Sumo deal (and there’s no indication they won’t), the acquisition will further cement Chinese companies’ (read: China’s) rapidly growing creative control within entertainment industries like film and video gaming.

While Tencent is likely advertising itself as staying largely out of company affairs — Sumo’s co-founders, Carl Cavers, Paul Porter, and Darren Mill are set to “reprise their roles” — its presence will undoubtedly be felt eventually. As a recent, coincidental deep-dive from The Guardian reveals, Chinese censors have already affected Tencent’s gaming decisions in the past regarding everything from simple aesthetic choices to content moderation and political censorship.

China cannot take a joke, even in games — The issue of censorship is of particular concern when it comes to freedom of creative expression for video game developers. Earlier this year, audiences finally could get their hands on the slick Taiwanese horror game, Devotion, only after years of censorship woes following players’ discovery of an in-game reference to a Xi Jinping meme.

If a photo comparing the Chinese President to Winnie the Pooh is enough to cancel a game, it’s only a matter of time before at least one title in Sumo’s stable runs into serious roadblocks with its new owners at Tencent.