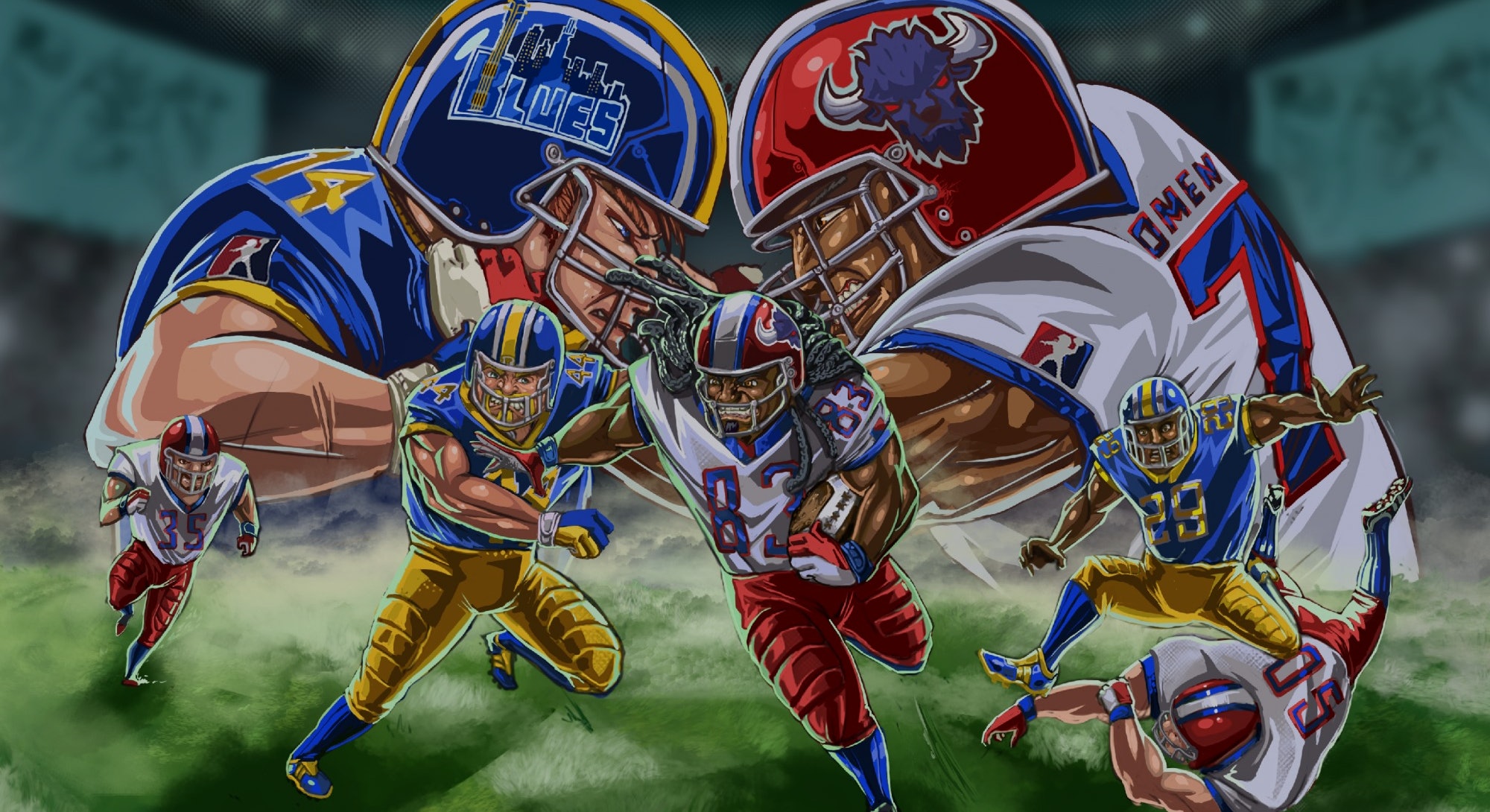 Let's be honest: while they still technically make a new Madden game every year, those usually aren’t much to get excited about.

(The latest entry got pretty mixed reviews, if you're curious.) But while fans might wait and hope that 2022's game will bring the next-gen fire that we've been waiting for — or perhaps the recently-delayed arcade NFL game that 2K has been working on for a while — the real big game is this weekend, and you're probably itching to play some video game football with your buddies in the lead-up.

We can't promise any of these games will live up to the joy of your aunt's extra-thick Buffalo chicken dip, but there are still quite a few classic football titles that are worthy of a look. Check these out:

If you really want to go back to the origins of the football video game, it doesn't get much more rudimentary than 10 Yard Fight. One of the few NES launch games not developed by Nintendo, 10YF doesn't even have named teams or play selection. Hope you like running the triple option every play! Plus, you only have two players to select on defense. While its glacial pace certainly takes some getting used to, the game is somewhat fun in its own right, and it's a nice reminder of how far football games have come in the past four decades.

This is perhaps the only name on this list that everybody knows, and for good reason. Simply put, Tecmo Super Bowl is undeniably the most influential gridiron football game of all time. It pioneered many of the basic features you expect from modern sports games, including accurate rosters, full season simulation, stat tracking, injuries, variable player condition… the list goes on.

While it can't compete with the technically-demanding simulation of later games like Madden, as a pure video game to play in 2022, it strikes an immaculate balance between ease-of-play and technical complexity. Eight plays per team might not seem like a lot, but it's just enough to keep your opponent guessing. Plus, thanks to the TSB modding community, it's easy to play your favorite team from any era, from the '72 Dolphins to modern-day. If you like retro gaming, TSB is one of your best options here. Also, Bo Jackson isn't actually unstoppable - try playing the Bills or the Oilers if you want to really dominate.

Midway Games might be dead and gone, but the legacy of NFL Blitz lives on in arcade bars and impromptu house parties all around the world. While the rest of the sports genre was striving towards asymptotic realism, Blitz (and its basketball equivalent NBA Jam) took the arcade bombast to a whole new level, complete with 60-yard hospital passes, wideouts bounding ten feet in the air for picture-perfect catches, and linebackers German suplexing their quarries to the turf.

The NFL eventually stepped in to remove much of the over-the-top violence from the game (and, therefore, much of its personality), but the first few entries in the Blitz series remain a high water mark for dumb sports fun. The arcade version of Blitz '99 is perhaps the most iconic, but as far as home platforms go, the Dreamcast Blitz 2000 runs at 60 fps and boasts slightly improved graphics. (But if you don't mind the N64 version, you can update the rosters to modern-day, too.)

Let's introduce this one with some caveats: it is still under development, and it's only available for PC at the moment. That said, if you're looking for a modern football game with retro aesthetics and deep gameplay, Legend Bowl is probably the best one out there. It combines many of the best ideas from modern sports games — particularly timing-based kicks and throws, as well as many running back move options — and wraps it up in a package that's easy to pick up but difficult to master.

While there's definitely still some room for improvement for this one-man project, especially online play and a dynasty mode, it's still far-along enough that we can recommend it to any curious football fan. Despite its quality, it hasn't sold as many copies as you might expect, so check it out if you're interested.

You might've forgotten about this one, but 2K5 is still considered the pinnacle of sim-style video game football by a dedicated community of enthusiasts. The last entry in the 2K football franchise before Madden's exclusivity contract made it the only game in town, it's also the best one.

While it's definitely not the most aesthetically pleasing game on this list, especially if you don't have an old CRT lying around, there is a lot to love about 2K5's realistic action, and it's still impressive today. If you have your old PS2 collecting dust in your closet, it might be worth revisiting it — for our money, it certainly plays better than most of today's sports games.

You'd be forgiven if the original release of NCAA Football 14 passed you by, as it was just another annual entry in the long-running series to most of us. However, due to controversy surrounding compensation for college athletes, it ended up being the last entry in the series, and it is now one of the most sought-after games for both the PS3 and Xbox 360, fetching prices of over $100 for loose copies.

Considered by enthusiasts to be one of the last truly good modern football games, 14 has a dedicated community of modders updating its roster every year until a new entry in the series comes out. If you can figure out a PS3 emulator — trust us, it's not hard — and you like college football, this is as good an experience as you're going to get. They have a Discord, too.

If 8-bit graphics are too old-school for you, the best SNES entry in the Tecmo Bowl series might suit you just fine. It also has 16 plays instead of 8, for extra "realism." We still prefer the NES original, but it's definitely a good option too.