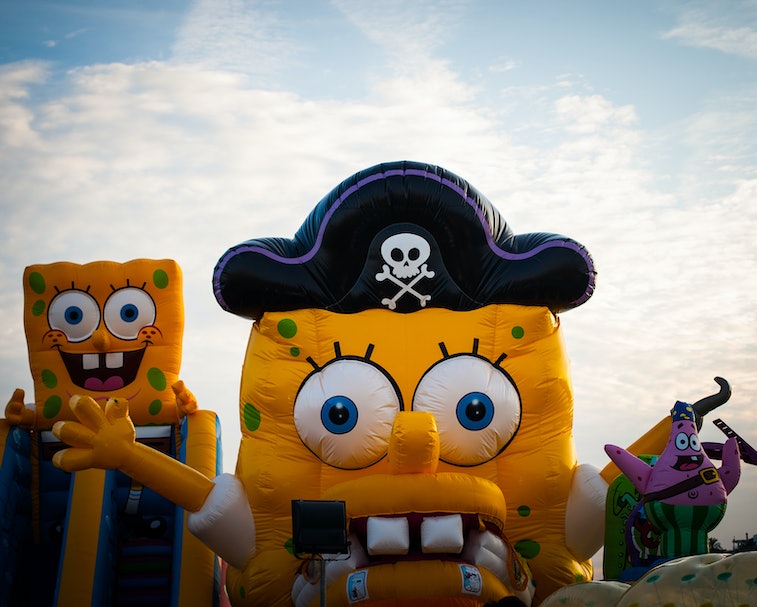 Speedrunning communities will appreciate YouTuber SHiFT's wisdom on how to ace SpongeBob SquarePants: Battle for Bikini Bottom in record time — but it might require your saliva, sweat, or some carefully placed ketchup, Kotaku reports. The SpongeBob speedrunner recently shared a YouTube video on how to tear through the 18-year-old video game. It involves carefully smudging the game disc’s readable surface. It’s a dirty tactic in the open for speedrunning, which literally means trying to finish a video game (like Super Mario Bros. 3) in as little time as possible.

Strategic smudging — According to the YouTuber, you need to put strategic smudges on the surface as shown in the diagram below. The red lines indicate the points at which you would have to smudge your disc.

A correctly placed smudge on the SpongeBob disc will result in lag clipping, which means that repeated pausing of the game can help the player use glitches to beat the clock by advancing them through the game more speedily than would normally be possible.

Smudge if you want to go faster — Although almost 18 years have passed since the release of the SpongeBob video game, speedrunning communities' obsession with completing the title continues to thrive online. SHiFT's single video on the "bizarre" speedrun trick alone has more than 35,000 views in just five days.

While SHiFT insists that the method of smudging your disc will give you enough time in a lag to beat the SpongeBob game, he adds a clear caveat that it's not worth the risk of permanently damaging your game or original Xbox console. That's because, he says, lagging like this depends on hardware issues, and this makes it too tricky and unreliable as a long-term winning strategy.

SHiFT also says that by smudging an Xbox disc you run the risk of destroying it noting that “something as fine as a scratch on the disc to make these things work” but if it’s done sloppily, you’re more likely to ruin the game.

If you still wanna try it… — But if you're a hardcore speedrunner and want to beat the SpongeBob title in record time, SHiFT adds that Microsoft obviously can't stop you from smudging or scuffing a disc. He also says that this tactic is unlike cartridge tilting, which changes the flow of data coming from the game cartridge to a console when you press the cartridge firmly between your fingers.

As SHiFT explains, smudging a disc will cause the laser beam in the disc reader to lose focus on the disc's data. So if you’re in the mood to smudge a bit of your hardware, SHiFT won’t stop ya, but he might point out that a core tenet of speedrunning is preserving old games, not destroying them.