The Nintendo Switch's popularity shows no signs of waning 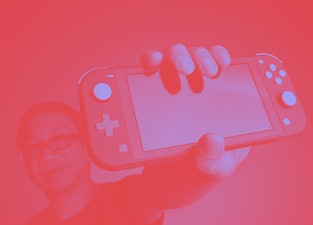 The number of Switch handhelds sold worldwide between April and September.

Nintendo might not be releasing a new console this week, but that's not reason to fret. As both the new Sony PlayStation 5 and Microsoft Xbox Series X begin to arrive on doorsteps, Nintendo announced last week that it sold 12.53 million units of its record-breaking Switch console worldwide in the six months between April and September of this year. And the Switch moved more units in the U.S. during the third quarter period than any other Nintendo console since the DS in the third quarter of 2009.

For context, the PlayStation 4 was released seven years ago and moved 112 million units in its lifetime. The Switch was released only three years ago and Nintendo has sold 68 million units, making it one of the fastest-selling consoles in U.S. history... and likely to go on to be one of the best selling ever if it keeps up this pace. With the pandemic not going anywhere and new titles coming to the console all the time, its odds look good.

Killing it — Market research firm NPD broke out that information in a report on the gaming industry at large, finding that across the entire industry, spend during the third quarter reached $11.2 billion, its highest total in U.S. history for the period. “We can anticipate another record-breaking quarter in Q4, in large part due to PlayStation 5 and Xbox Series consoles entering the market with one of the fastest-selling consoles in U.S. history, the Nintendo Switch."

We already knew that gaming was doing well during the pandemic as people look for things to do at home. But it just emphasizes how Nintendo has turned things around entirely after it flopped with the Wii U. The Switch still has a way to go before it catches up with Nintendo's best selling gaming device, the DS, which moved 154 million units in its lifetime. It might more easily surpass the Wii's 100 million units.

The hardware is fine — Even amid competition from the Xbox Series S — that sells for the same $299 price but has objectively more potent hardware — there's one thing that Nintendo has up its sleeve that the competition doesn't: Mario. The games Super Mario 3D All-Stars and Paper Mario: The Origami King were both released in the third quarter, the latter of which saw the best launch for its series to date. Animal Crossing: New Horizons has also been a runaway success. Nintendo has always defined itself on the games rather than hardware capabilities.

And why should Nintendo lower the price when the Switch is so popular people are snapping up the consoles and selling them online at high markups? Besides, if you want a cheaper Switch there's always the Lite.