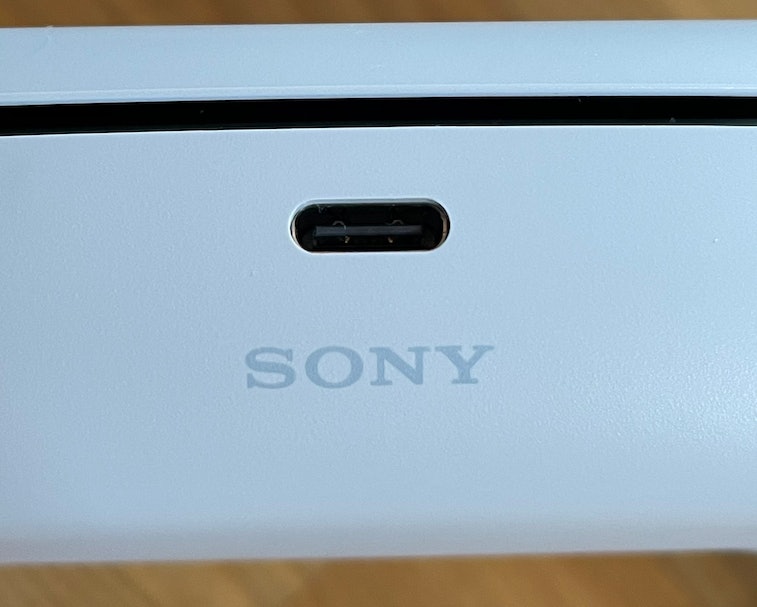 Sony's PlayStation 5 has arrived, and it's a beast of a console that will enable a new generation of games. But there's one slight issue that might bug you: the "Sony" logo on some DualSense controllers is slightly misaligned.

The discovery was reported on Twitter by Ted Temmins, the game design director for Far Cry 6. The logo is placed under the controller's USB-C charging port, but Timmins says on his controller it's off-center by about one millimeter to the left, and even at a slight one-degree slant. "It bothers me way more than it should," he said. "I’m also available for dinner parties and can provide further great conversation like this."

Ad-hoc investigators — Others have sounded off on the tweet, going to great lengths to prove that it's not just an optical illusion but a real misalignment. One person went so far as to flip the image horizontally and overlay it on the original, making sure the USB-C ports were aligned in both. When you do that, you can see the red variant of the Sony emblem tilts downwards from the left, confirming the one-degree slant:

Give 'em a break — Some have said they tested the alignment using the same method and found that the logo is perfectly positioned. So the manufacturing tolerances for stamping the Sony logo onto the DualSense controller probably just aren't super precise. The company sold 118,085 PS5 consoles from November 12 through 15, and is struggling to produce more amid supply constraints due to the pandemic. So the small Sony logo on the controller likely isn't a major concern as it tries to ramp production.

Sony has told investors that constraints may persist until March of next year. Some scalpers have responded by marking up consoles as high as $1,000 from the normal $400 starting price.

Otherwise, the DualSense controller has been well received. It comes with a new haptic feedback system that developers can customize to their gameplay, so you could, for instance, feel the handling of a car as you drift.

Should you throw out your controller over this? We won't tell you what to do. But we're happy to offer some advice. If the logo on your's is misaligned and it bothers you... consider covering it with a sticker. Or, failing that, a piece of tape.