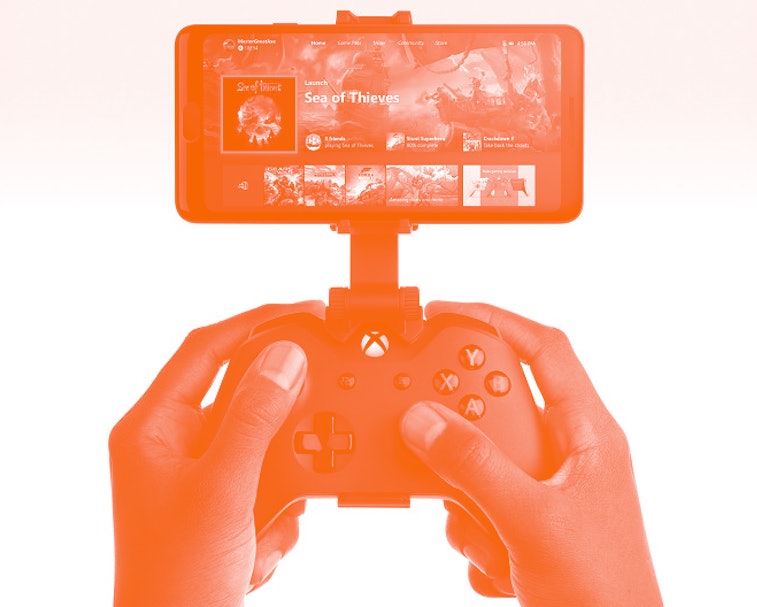 Microsoft announced today that its Xbox Console Streaming preview is now available for all Xbox Insiders across the world. The preview had previously only been accessible to some testers.

That’s good news if you’re an Xbox owner and happen to own an Android smartphone — there’s no love for iOS users just yet. You’ll also need a relatively high-speed connection to stream games, which could make streaming difficult when you’re really on-the-go.

Streaming is the new black — Microsoft is well aware that streaming is the next frontier for console gaming (thanks, Stadia). However, Xbox Console Streaming is fundamentally different from Stadia in that it actually streams games from your home console, rather than from a server.

There are some stipulations — In order to use Xbox Console Streaming, users will need to own a Bluetooth-enabled wireless Xbox One controller, probably with a controller mount. They’ll also need a phone or tablet running Android 6.0 or higher with Bluetooth 4.0 or higher.

Also: only Xbox One games can be streamed right now. Microsoft has mentioned that eventually Xbox and Xbox 360 games will be streamable as well, but the company hasn’t released any more details about a timeline for backward compatibility.

Oh, and high-speed internet would be helpful — On its product page, Microsoft specifies that users will need a 5GHz Wi-Fi connection or a mobile network connection with 10 Mbps down speed and 4.75 Mbps up speed. “Important: both your home and phone connection need to be strong,” Microsoft says. “You’ll be able to check your connection speed upon startup.”